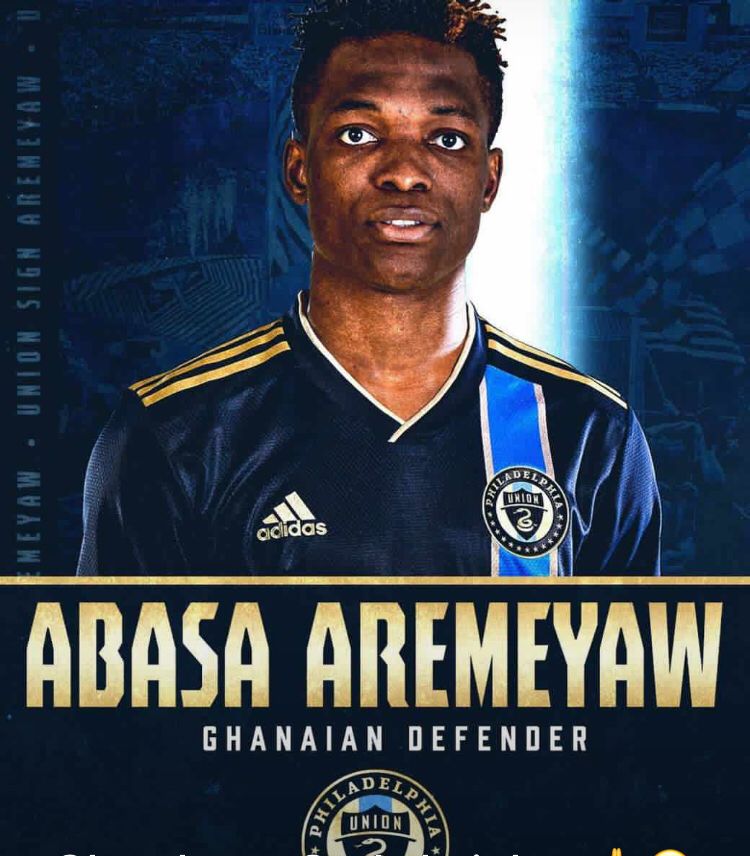 The 18-year-old joins the club after a signing a two and half-year contract with a further option to extend for a third and fourth year.

Abasa moved to the US-based side from MSK Zilina in Slovakia as a free agent.

In 2021, he signed for MŠK Žilina from MŠK Žilina Africa F.C., the Ghanaian football club affiliated to MŠK Žilina, where he made four appearances (two starts), making his debut in a 2-2 draw against FK Senica.

During the tournament, Aremeyaw played every minute of each match, playing a role in helping the team reach the round of 16, only falling to Red Bull Salzburg UEFA U19 team in penalty kicks.

“Abasa is a promising young player who has the physique and skill to develop into a contributor in our back line,” said Philadelphia Union Sporting Director, Ernst Tanner.

“His demonstrated ability to make an impact on set plays, combined with his speed and agility, makes him a good fit in the strong defensive system we have built. We look forward to integrating him into the team.”