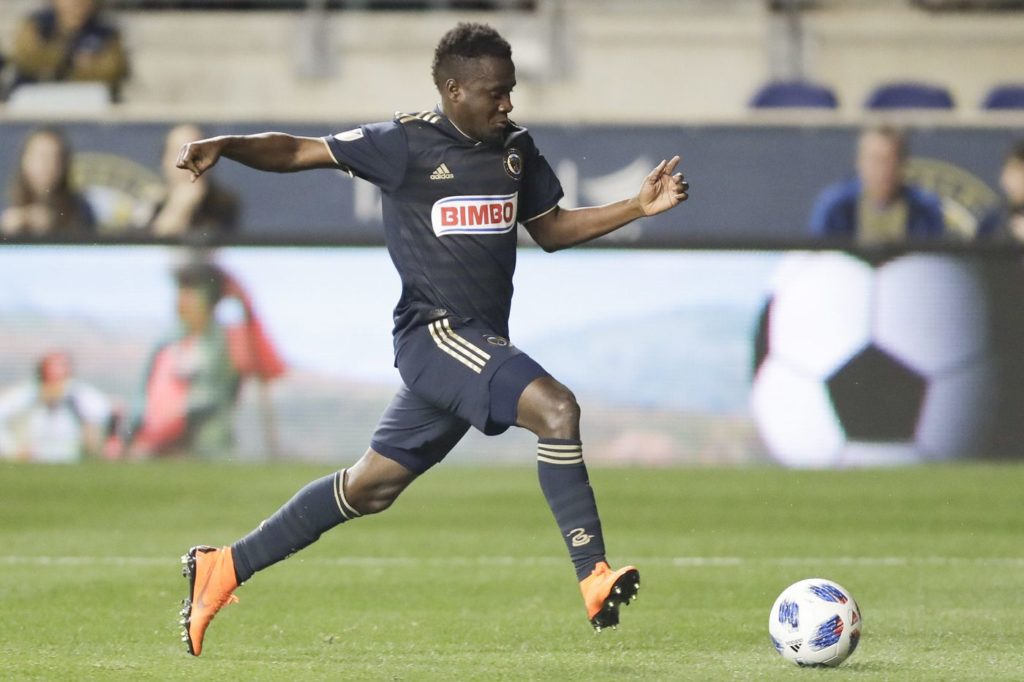 Philadelphia Union striker David Accam has been ruled out of the rest of the season in the Major League Soccer after undergoing a successful hernia surgery.

The 28-year-old will spend the next two months in the treatment room and will not be involved until early next year.

The Ghana international had a surgery last Tuesday to fix  the lingering effects of a sports hernia operation he underwent last November.

Accam will be off the field for eight weeks, effectively ending his season.

Union officials were aware of the forward's situation when they signed him in a draft-day trade with Chicago Fire in January.

However, the Ghanaian failed to fully recover as expected as he scored just a goal and provided no assist this year.

"He's obviously pushed through and tried to give us everything he could," head coach Jim Curtin said.

"It just reached the point where the best option for both sides was to go ahead and clean it up, and have it be a situation where we're proactive, get it cleaned up, get it back to 100 percent, and hope that everything can move forward."