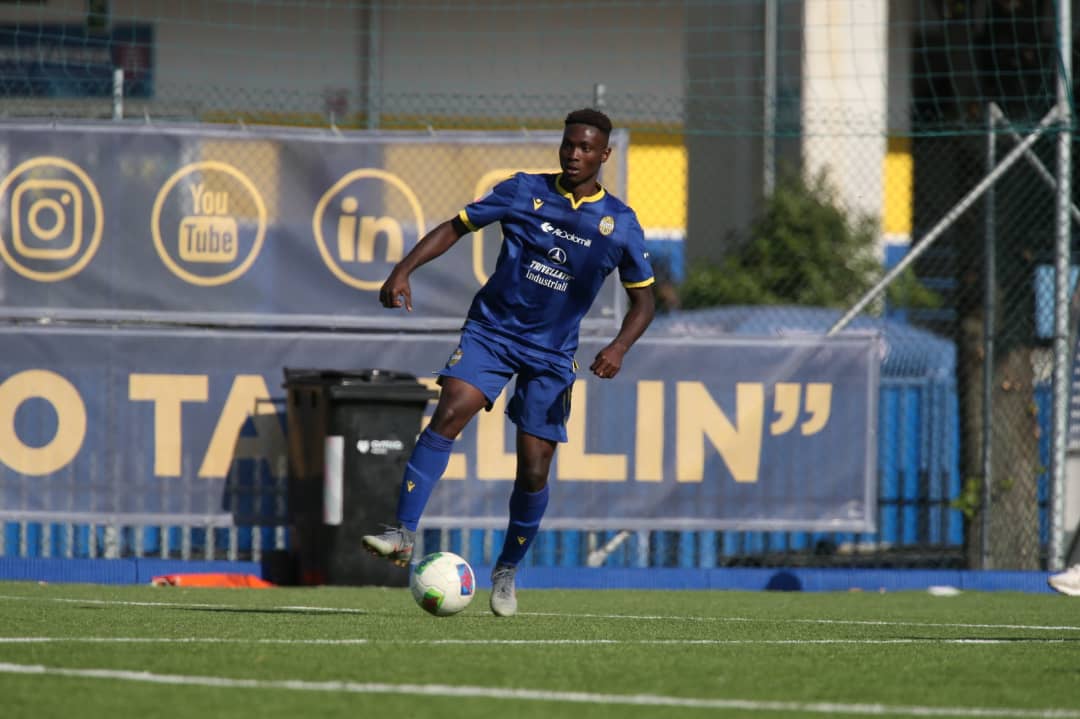 There was an Arthurleagcy derby over the weekend when Ahmed Awua’s Parma hosted Hellas Verona with Philip Yeboah in the front line for the visitors in Italy’s Primavera division.

Both Ahmed and Philip hail from Drobo in the Bono region, and are integral members of their sides, playing 15 and 16 matches respectively this season.

Hellas Verona took a commanding two zero lead before the interval with Parma struggling to provide answers to their opponent consistent attacks.

Philip assisted his teammate Lucas Felippe in the 78th minute to cushion their lead over Verona to record a 3-0 victory on the road. This is his fourth assist of the Season.

The 17 year-old forward was, however, shown the yellow card for a repeated foul in the 77th minute. Ahmed Awua was substituted in the 83th minute to make way for teammate Moussa Kone.

The Ghanaian youngster, has three goals and two assist to his name. Parma are still searching for their first victory in 2020 as they’ve slumped into 7th position after their latest defeat.

They will lock horns with AC Milan in the next fixture.

Hellas Verona on the other hand, are currently 4th in the Primavera 2 division and will play Spezia next week. Philip now has four goals with four assists this season.