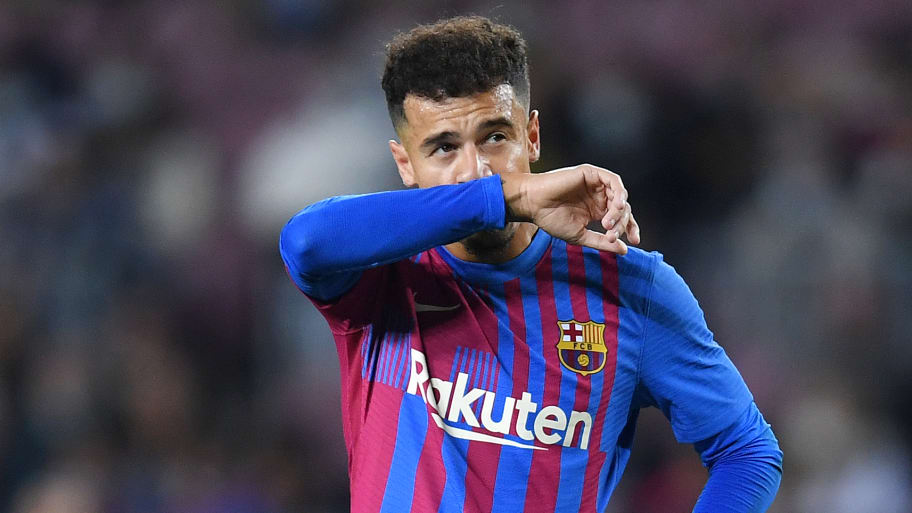 Philippe Coutinho has no interest in leaving Barcelona during the January transfer window amid links with a move to Premier League moneybags Newcastle.

The 29-year-old has long been touted for a Camp Nou exit following an underwhelming three-year spell in Catalonia, but so far has survived the club's cull of their highest earners - which has seen the likes of Lionel Messi and Antoine Griezmann depart.

Signed for an initial fee of £105m in January 2018, which could rise to £142m should all future clauses and incentives be met, Coutinho was earmarked for superstardom at Barcelona after being hailed as one of the world's best players.

But he's played little over 100 games for the club and was farmed out on loan to Bayern Munich during the 2019/20 season after failing to command a regular place in the side. The Bavarians opted against signing him permanently, despite having the option to, and he's been attempting to get back in favour at Barça ever since.

Coutinho has scored just once in 11 appearances this season, with Newcastle subsequently credited with an interest in bringing him back to the Premier League after their recent Saudi-led takeover.

However, Spanish publication Sport claim he has no intention of packing his bags in January, and instead say he will wait it out until the summer before deciding his future - when the club and his representatives can look at options and decide what is best for both parties.

New Barcelona head coach Xavi is said to be open to the idea of Coutinho staying - as he wants to watch him live and gauge whether or not he should be part of his plans - while previous boss Ronald Koeman had indicated before his sacking that the Brazilian still had an important role to play at the club.

One potential spanner in the works is recent accusations levelled at Coutinho over a lack of professionalism - though that's something he was quick to dismiss in the aftermath of Barcelona's 3-3 draw with Celta Vigo.

"I was very surprised when I saw the news published because in my entire career I have never lacked professionalism," Coutinho said. "You can look at any club I've been at, I have always respected everyone.

"Since I returned to play [following an injury] I haven't had a run of four or five games starting to be at my best level. I feel very good, and physically, I am great."

This article was originally published on 90min as Philippe Coutinho not interested in leaving Barcelona.