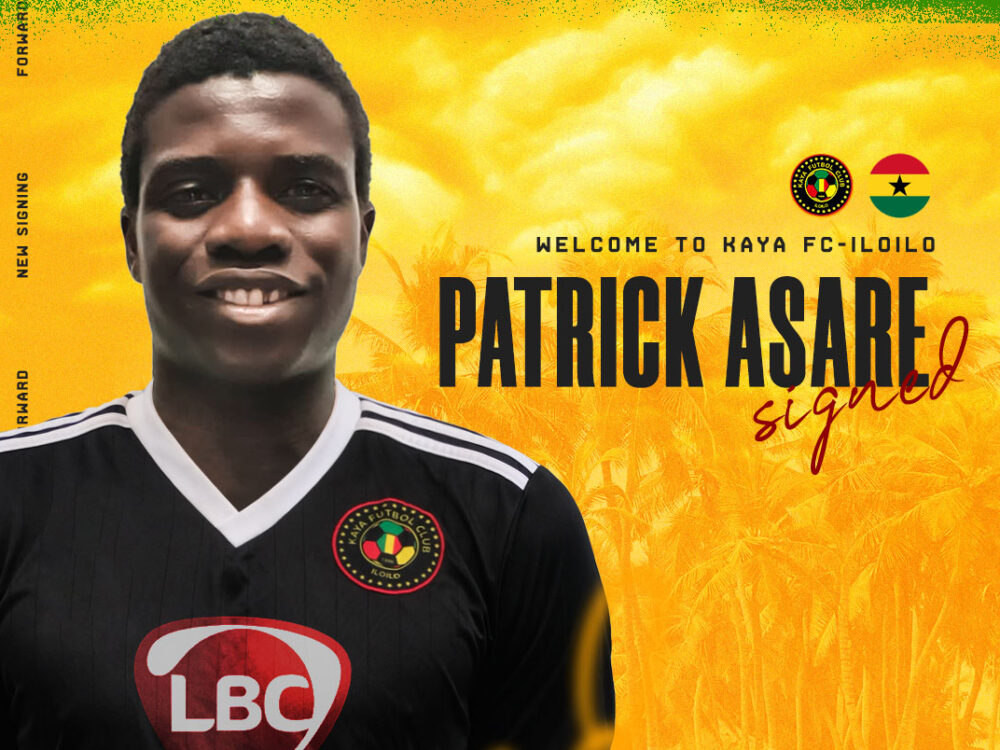 “I’m so excited to be back playing professionally, where I believe I belong. I’m so thankful to Kaya for the opportunity, and I can’t wait to show my ability, and to work to reach the best form of my career,” said Asare in an article posted at Kaya FC’s official website.

Asare started his pro career in 2011 in his native Ghana, playing for Dreams FC in the Ghanaian Premier League.

He stayed with the club until 2013 and scored 31 goals in 48 matches. He had a short stint with Ghianian club Karela United before moving to Asia in 2016.

He played in Myanmar with Zwegabin United, Yadanarbon and Shan United. He then moved to Malaysia and played for NPNG FC, Johor Bahru and Semarak before signing with Kaya FC.

Asare will give Kaya FC much-needed firepower up front for their AFC Champions League dreams.

Kaya FC is facing Australian club Brisbane Roar in a single-match elimination in the preliminary stage of the AFC Champions League at a yet-to-be-determined date.

The winner advances to the play-off stage before earning a slot in the group stage. (EKA)