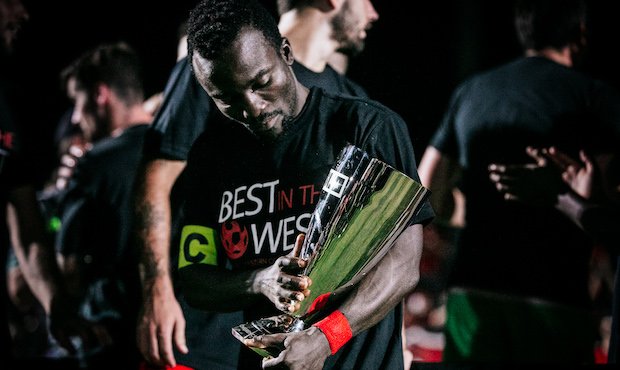 Phoenix Rising star, Solomon Asante has set his sight on winning this season's Most Valuable Player Award in the  USL Championship.

The 31-year-old has been breaking records in the USL championship since joining the club in 2018.

Asante has been voted the Most Valuable Player in the USL on two occasions and also won the Top Scorer Award.

The former Berekum Chelsea midfielder recently made his 100th appearance for the club.

Solomon Asante in an interview said his target is to win the Most Valuable Award in the ongoing campaign.

“I was very happy to have played 100 games. I want to reign as the MVP for a long time, make a lot of records too. I want to leave a legacy before I leave”, he told Happy FM.

“The league is difficult and I am very happy at Phoenix Rising. I have a few months for my contract to expire. I will make a decision to move or not”, he added.