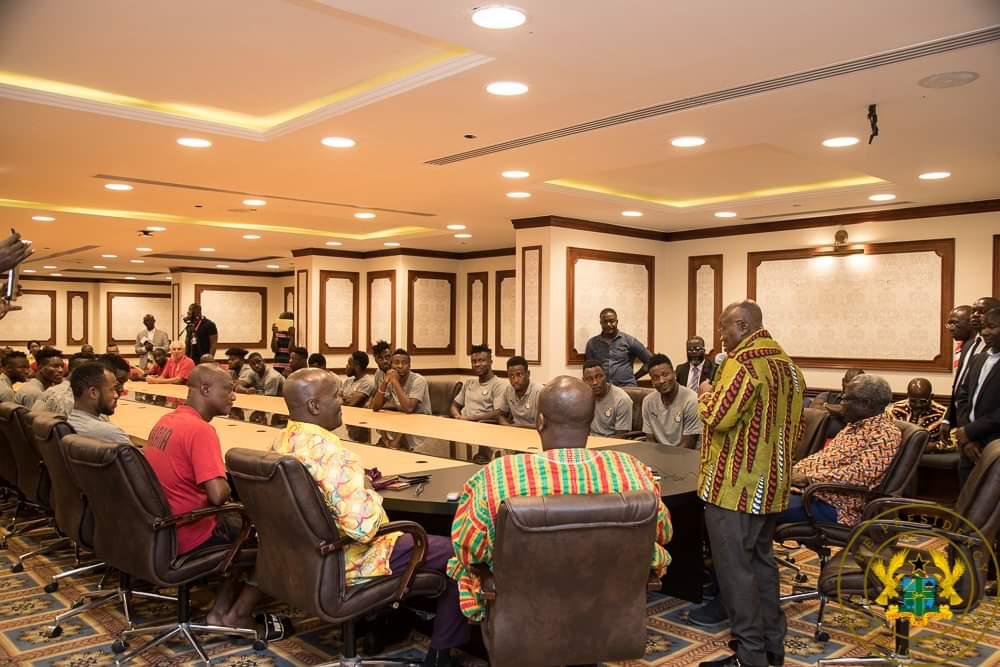 The President for the Republic of Ghana Nana Akufo-Addo has held a brief discussion with the Black Stars award of tonight’s Group F opener agaianst Benin at the ongoing Africa Cup of Nations.

Nana Akufo-Addo made a promise when he hosted the players and officials of the team at the Presidency before their departure to Dubai for the pre-tournament camping.

The President in the early hours of Tuesday held bilateral discussions with the President of the Arab Republic of Egypt, His Excellency Abdel Fattah el-Sisi, aimed at strengthening the ties of co-operation that exists between the two countries.

He continued with a brief meeting with the Black Stars ahead of their opening Group F fixture against the Squirrels of Benin.

Nana Akufo-Addo will be a guest at the Ismaili Stadium to watch his countrymen engage their West Africa counterparts. 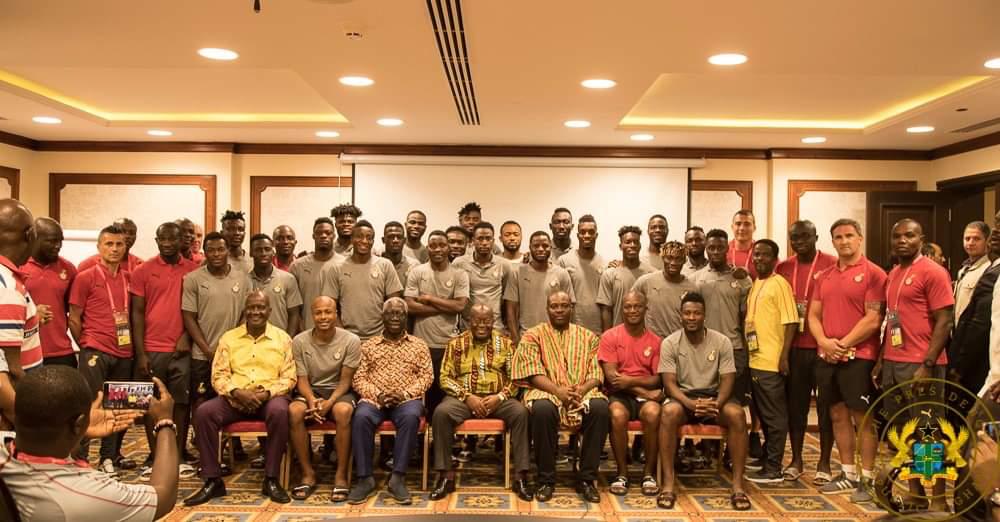 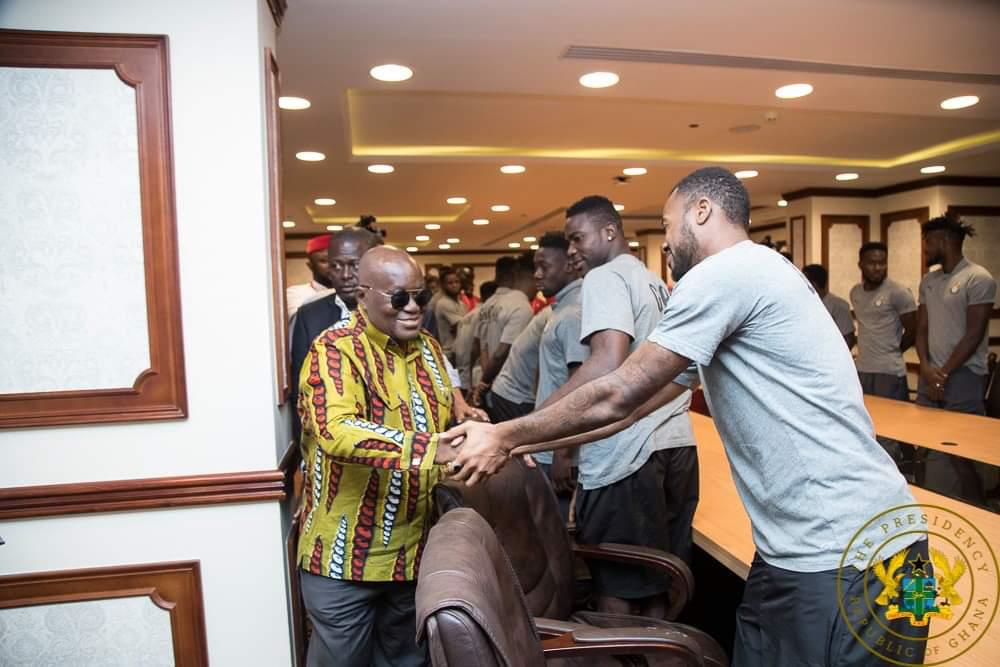 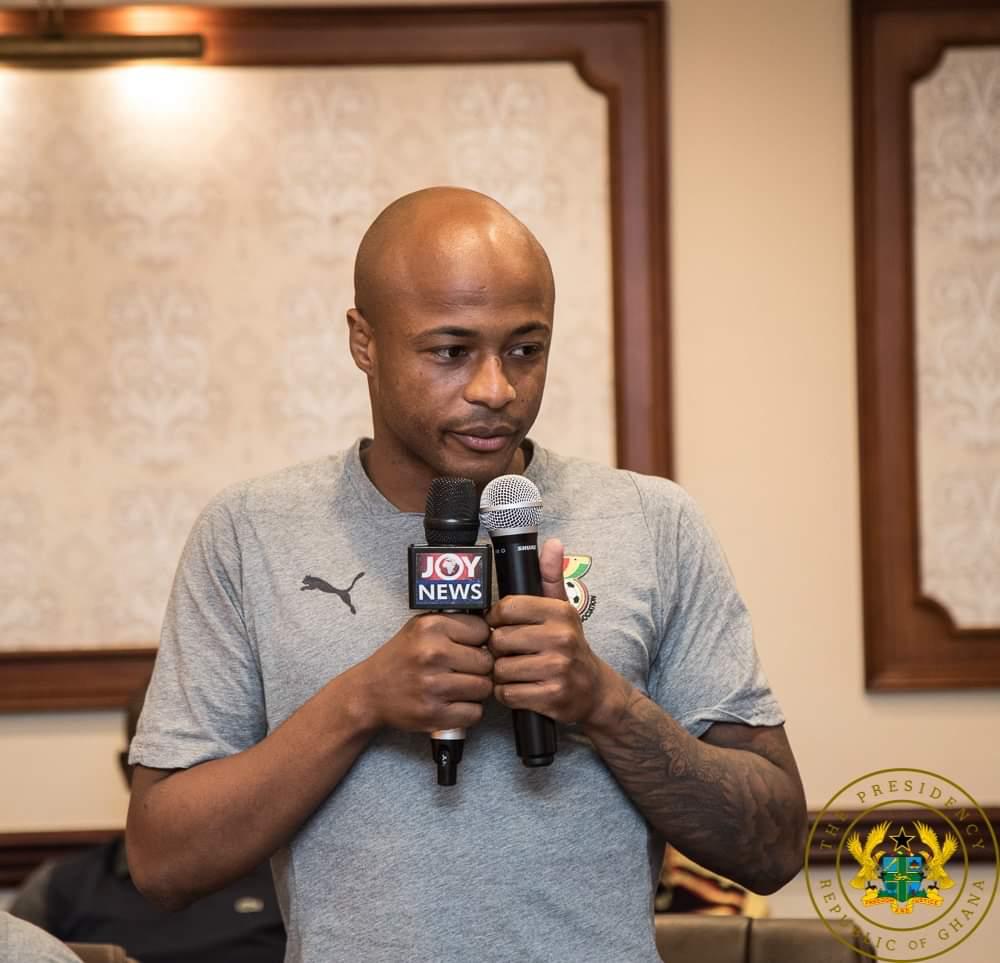 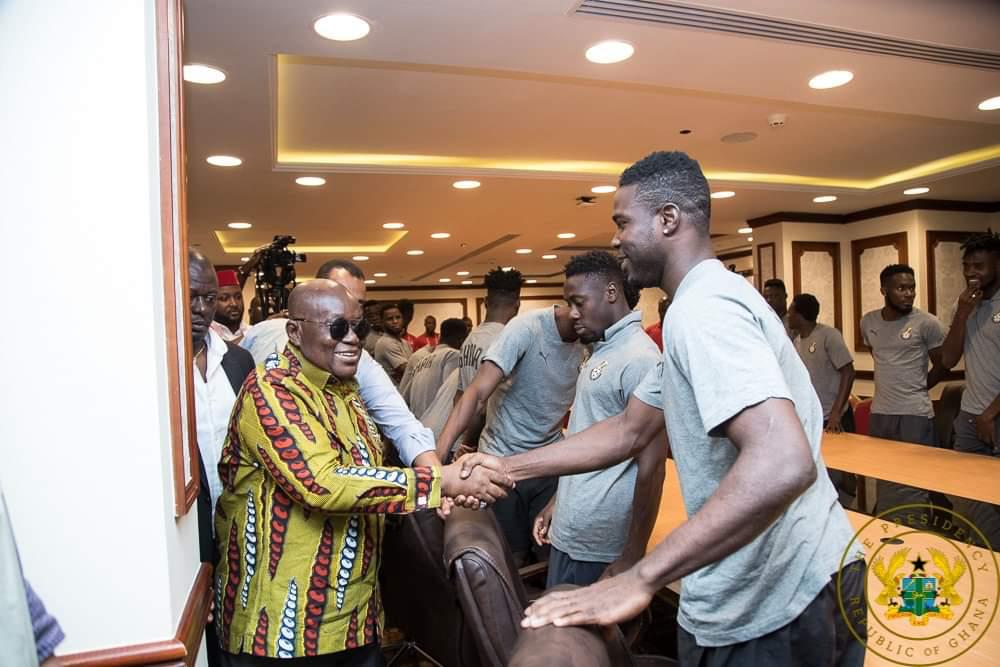 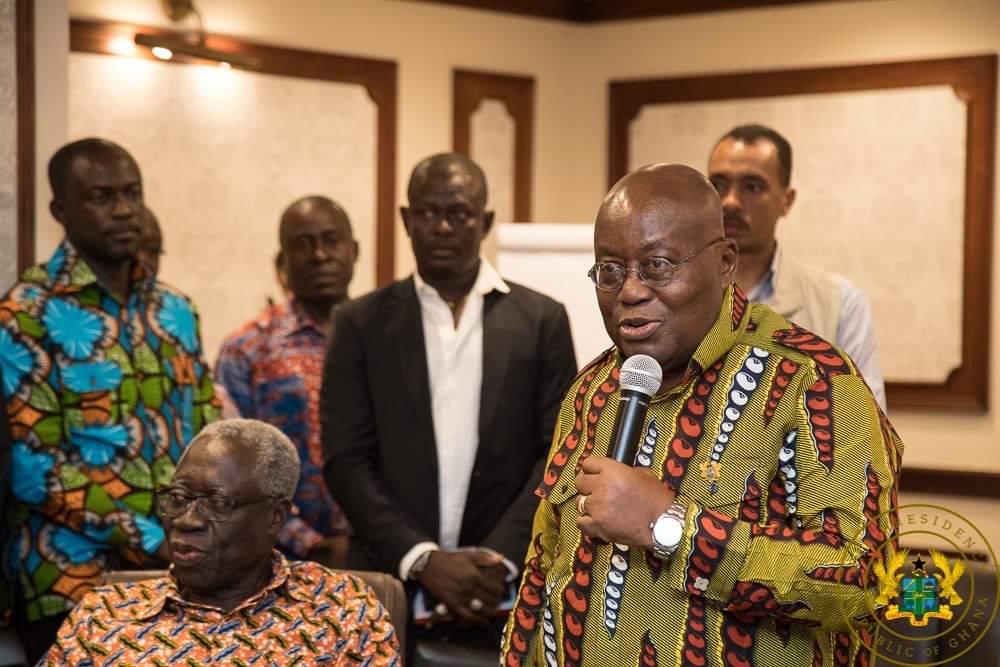