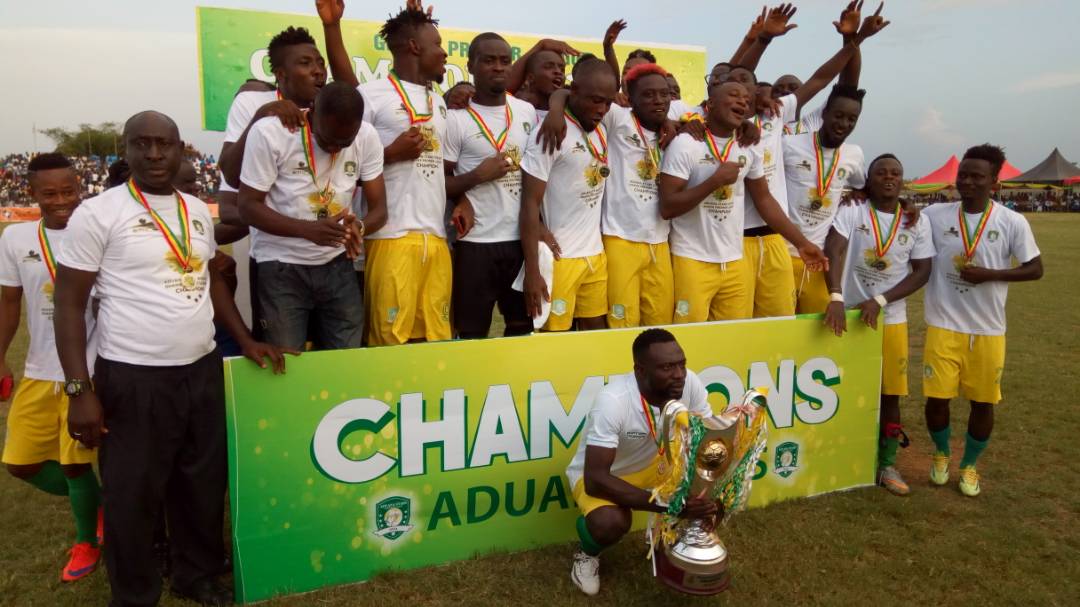 Aduana Stars have officially been crowned Champions of the Ghana Premier League.

The Dormaa-Club were presented with the League trophy on Sunday after a coronation match against Berekum Chelsea at the Agyemang Badu Park.

Aduana Stars finished top of the League table at the end of the 2016/17 season.

The Ogya lads for the second time have been crowned Champions of Ghana and will be represented the country in the CAF Champions League next year. 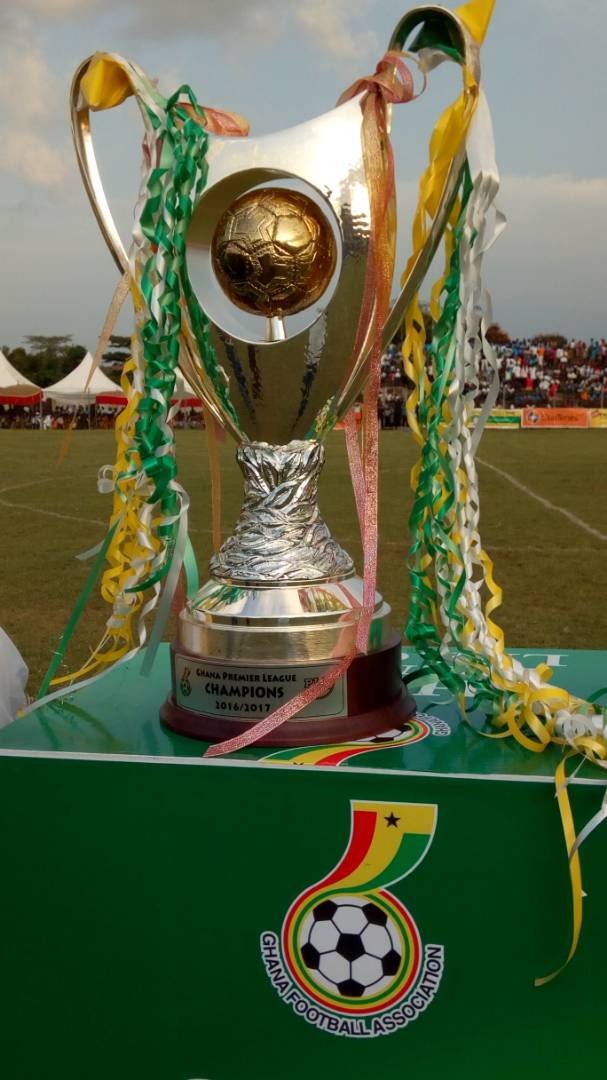 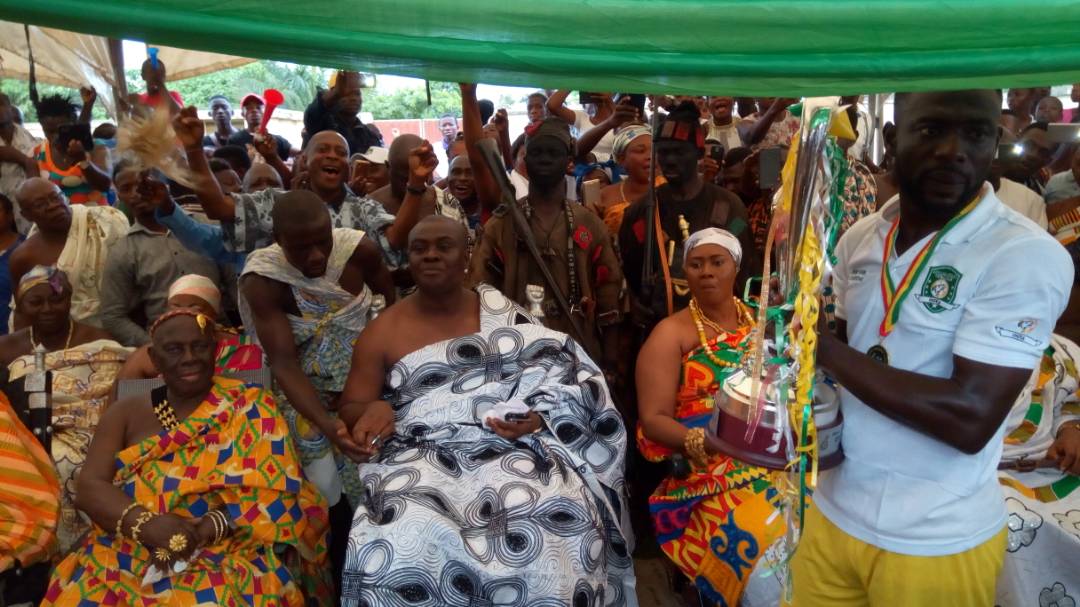 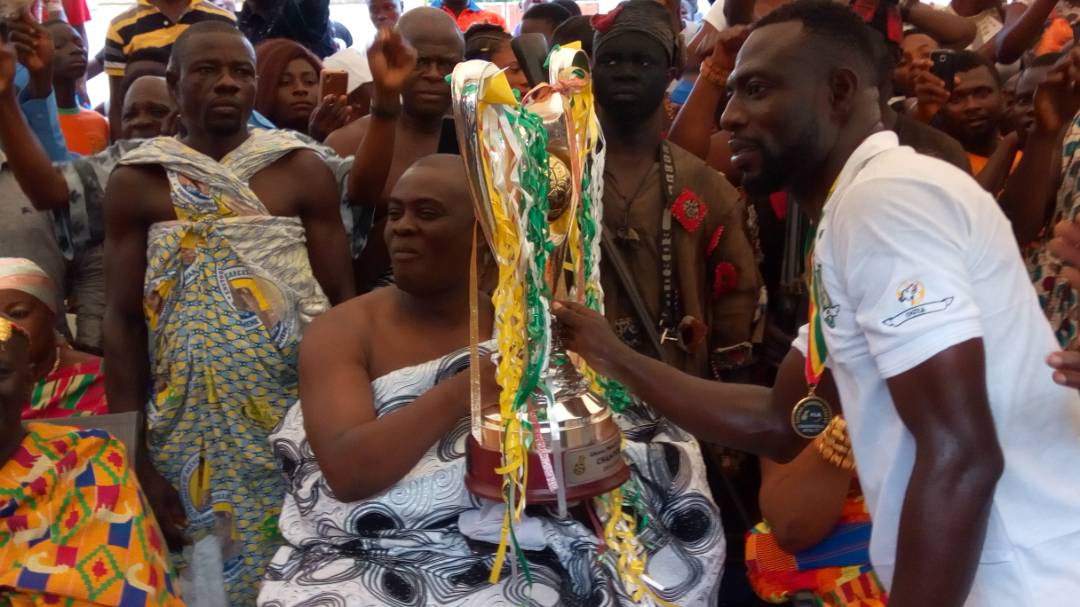 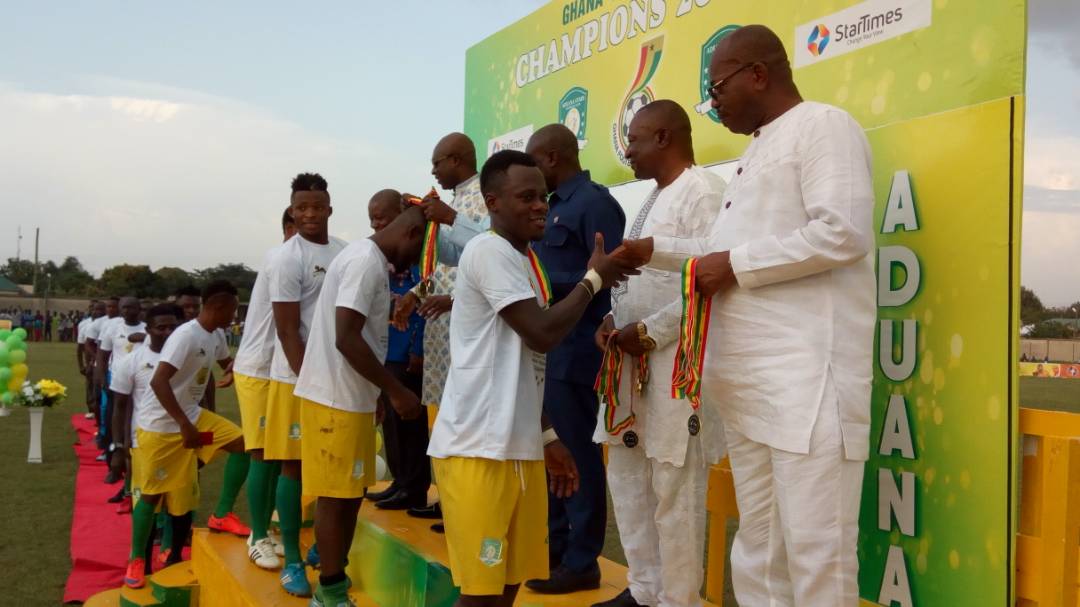