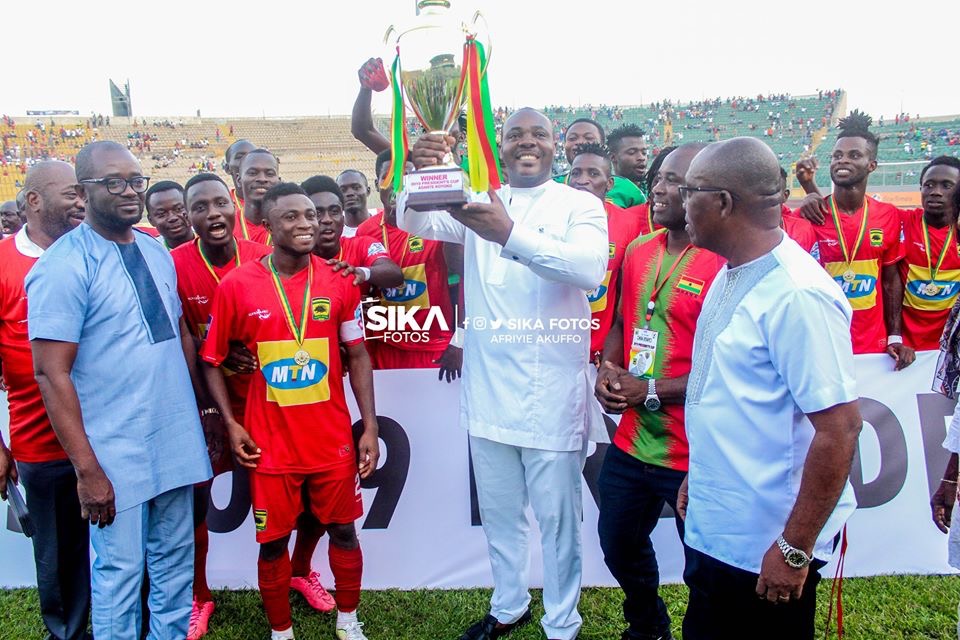 Asante Kotoko defeated Hearts of Oak 2-1 to win this year’s President Cup at the Baba Yara Sports Stadium on Sunday.

The Porcupine Warriors retained the trophy they won in 2017 against the same opponents.

An own goal by Mohammed Alhassan and a goal from Naby Keita secured the win for the Porcupine Warriors.

Hearts of Oak striker  Kofi Kordzi got a consolation for the Phobians.

Maxwell Konadu also gave an opportunity to 16-year old Matthew Odoom who played his first game for the club.

Below are pictures from the game 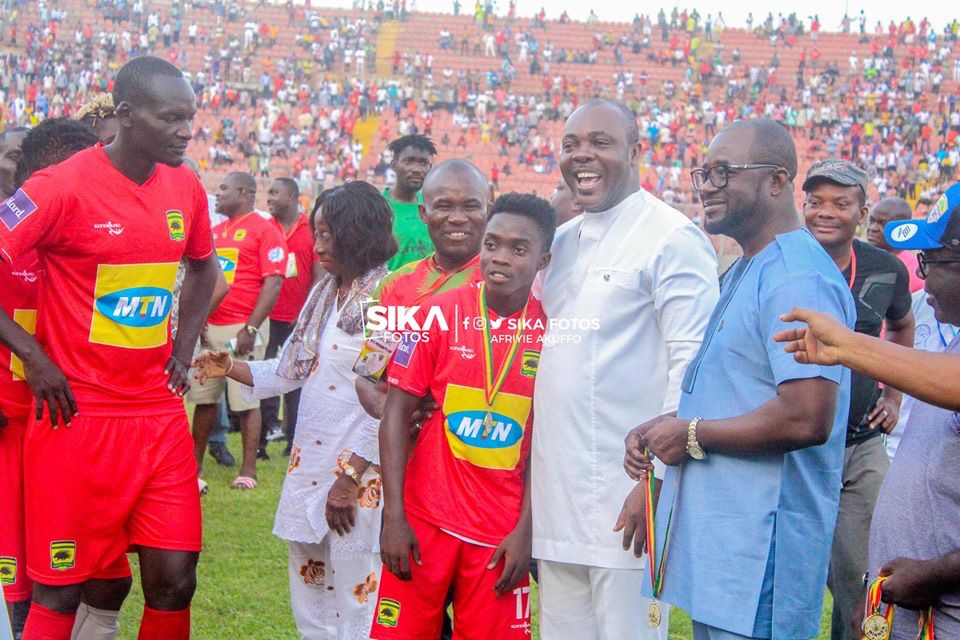 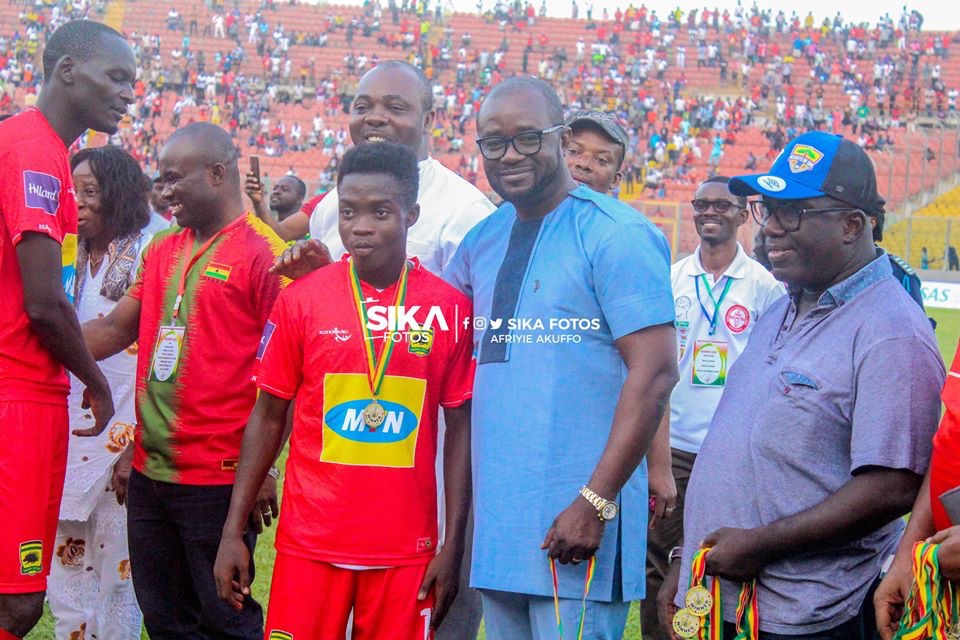 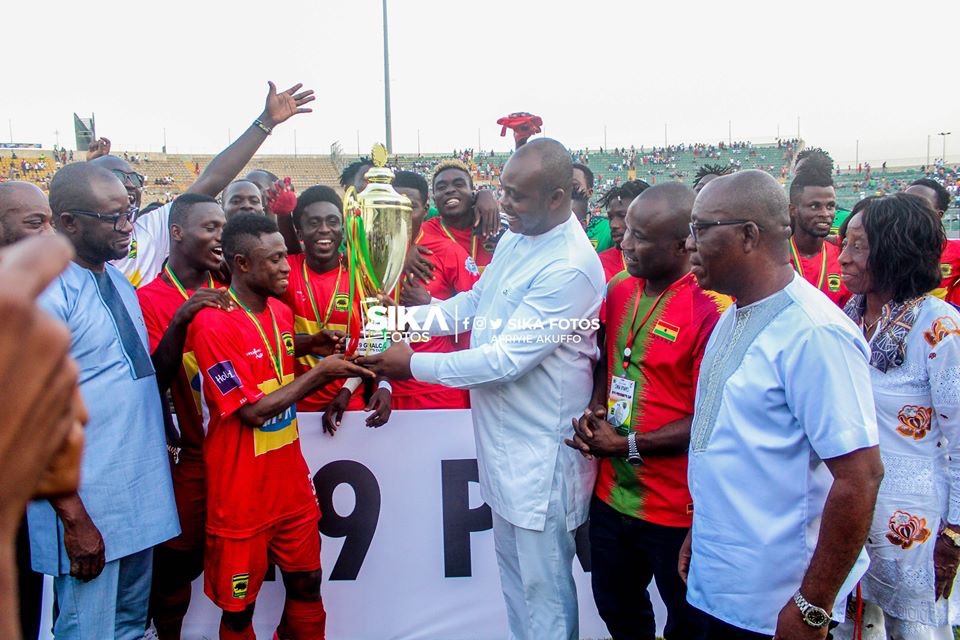 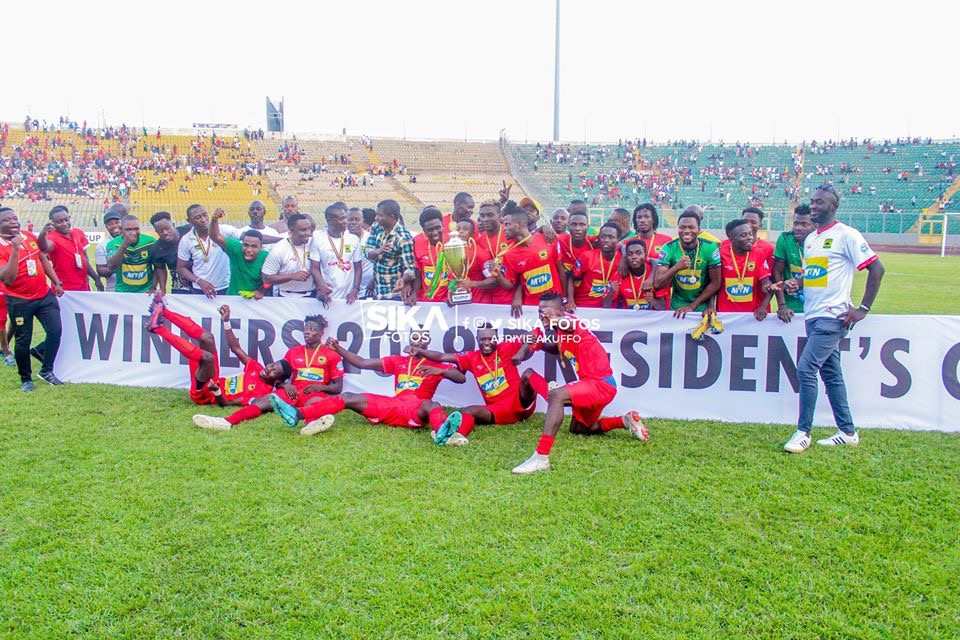 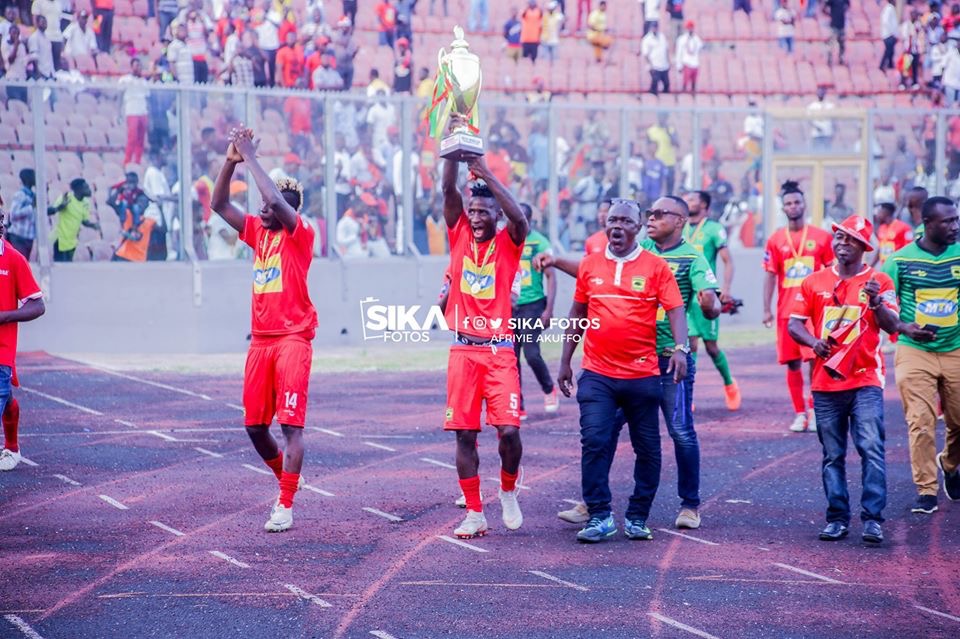