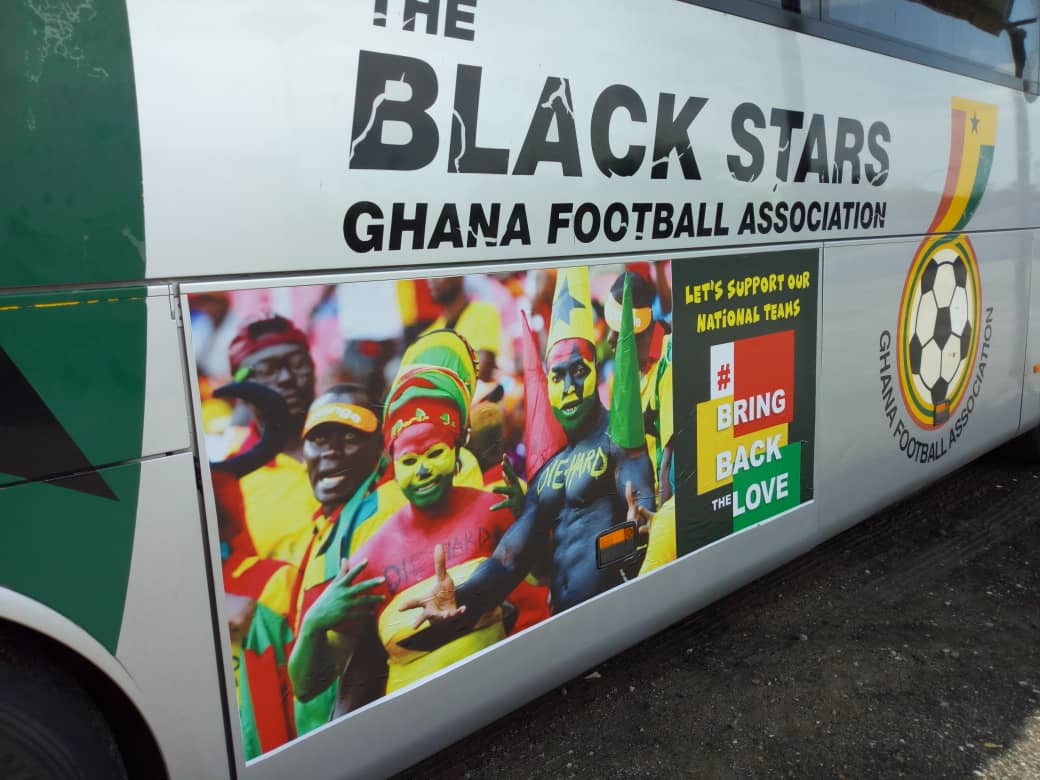 The bus carrying the Black Stars from Accra to Cape Coast for their 2021 Africa Cup of Nations qualifier against South Africa has been rebranded in support of new #BringBackTheLove campaign.

Black Stars are travelling to Cape Coast on Tuesday morning to continue their preparations for the match.

En route to Cape Coast, Black Stars players and technical team are expected to interact with them and distribute paraphernalia as ways of rekindling the love for the senior national team.

There has been apathy for the team after the calamitous campaign in Brazil during the 2014 FIFA World Cup finals.

Newly-elected Ghana Football Association president Kurt Okraku and his team executives have launched the #BringBackTheLove campaign whip up support for the national team. 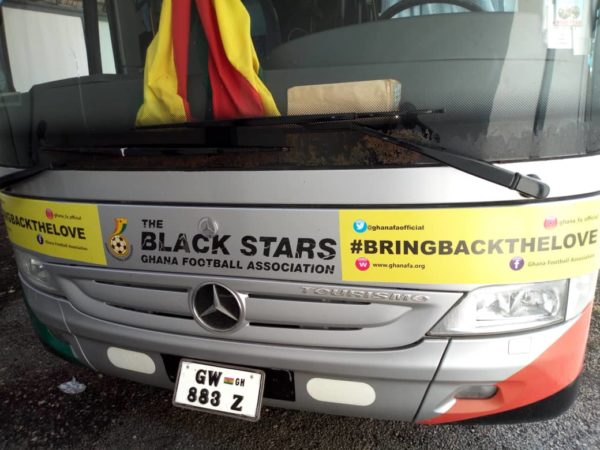 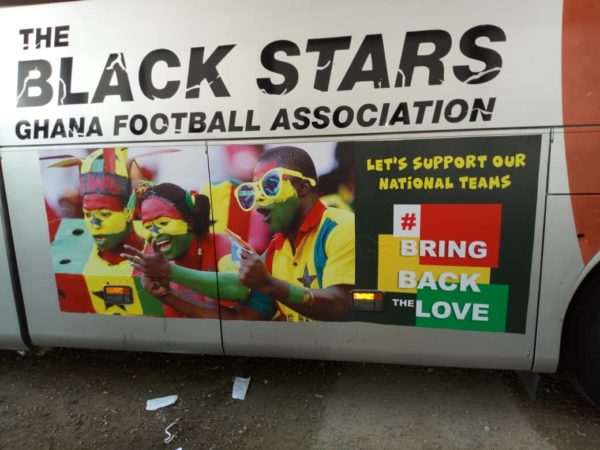 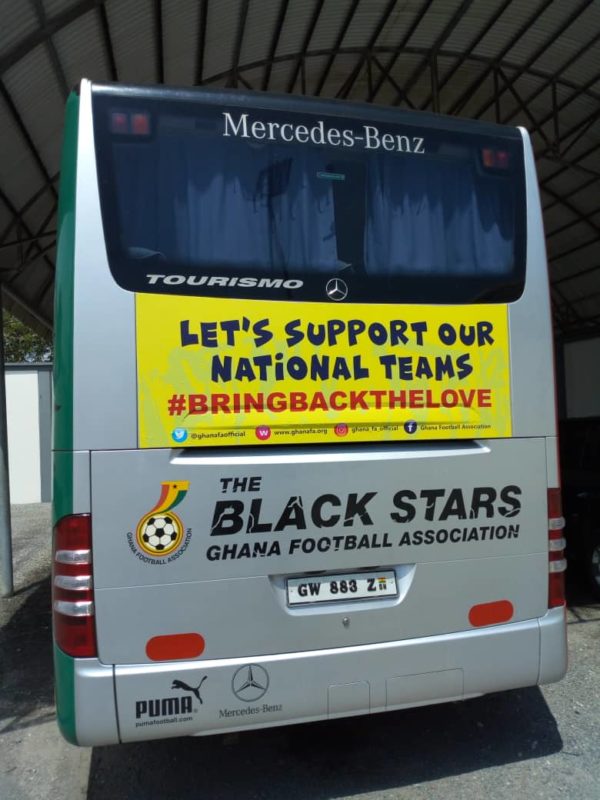