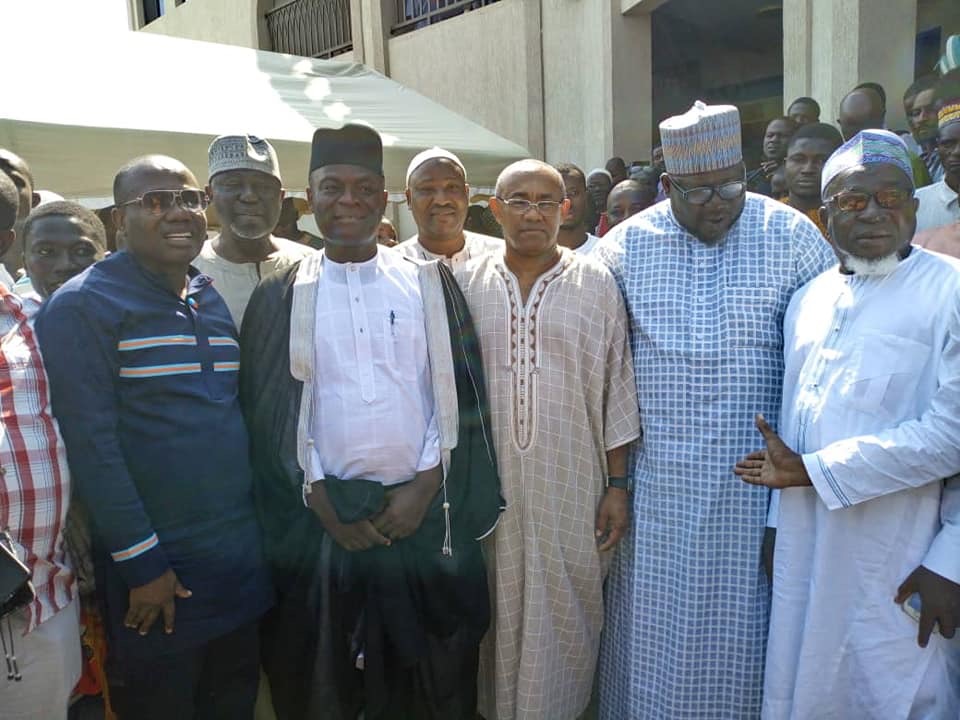 CAF President Ahmad Ahmad was mobbed in a mosque in Accra when he met his former Vice President Kwesi Nyantakyi at the Cantonments Police Mosque during the Friday Jumuah prayers.

Worshippers at the mosque wasted no time in reaching out for pictures with the two high profile personalities as they reached out for photos at the end of the prayers.

The two Imams at the mosque took their time for photos with the duo before the public took turns to take pictures in what was the first appearance of the duo since Nyantakyi resigned from his post at the CAF 1st Vice President.

Other senior Muslim figures in the Ghana football fraternity including former GFA chairman Alhaji MND Jawula and Alhaji Abdul Karim Grunsah were all part of the congregants.

While many of the Muslims mobbed Ahmad and greeted him after the prayers, others many many other met Nyantakyi to show their solidarity with him after the Anas expose that led to his ban. 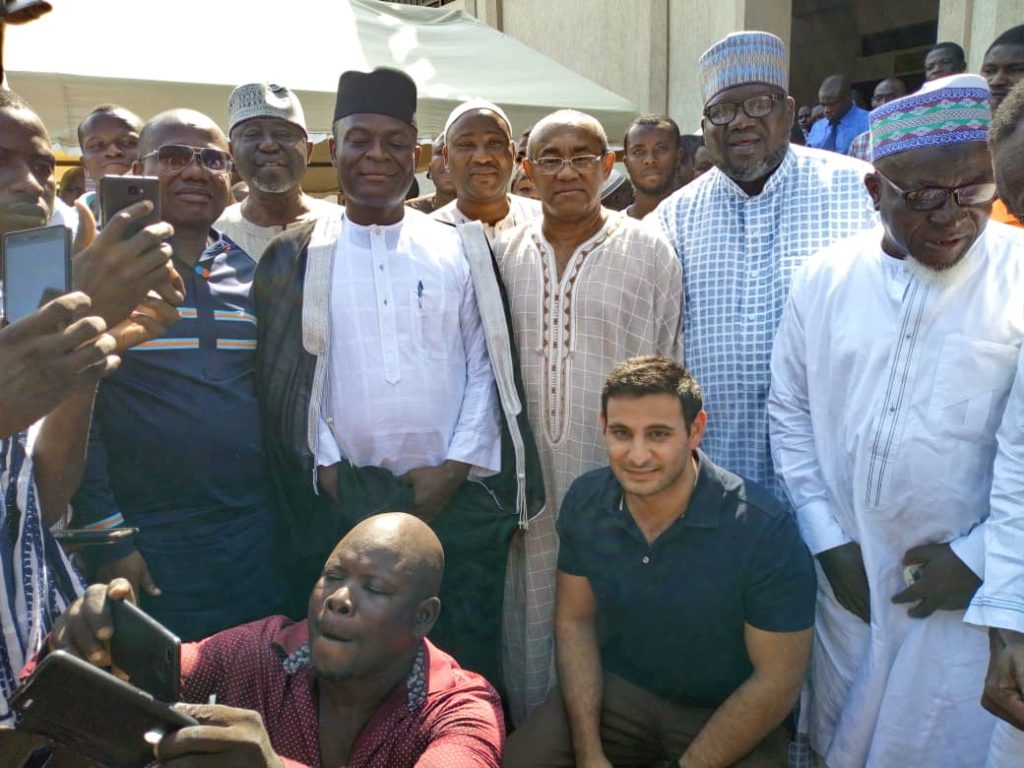 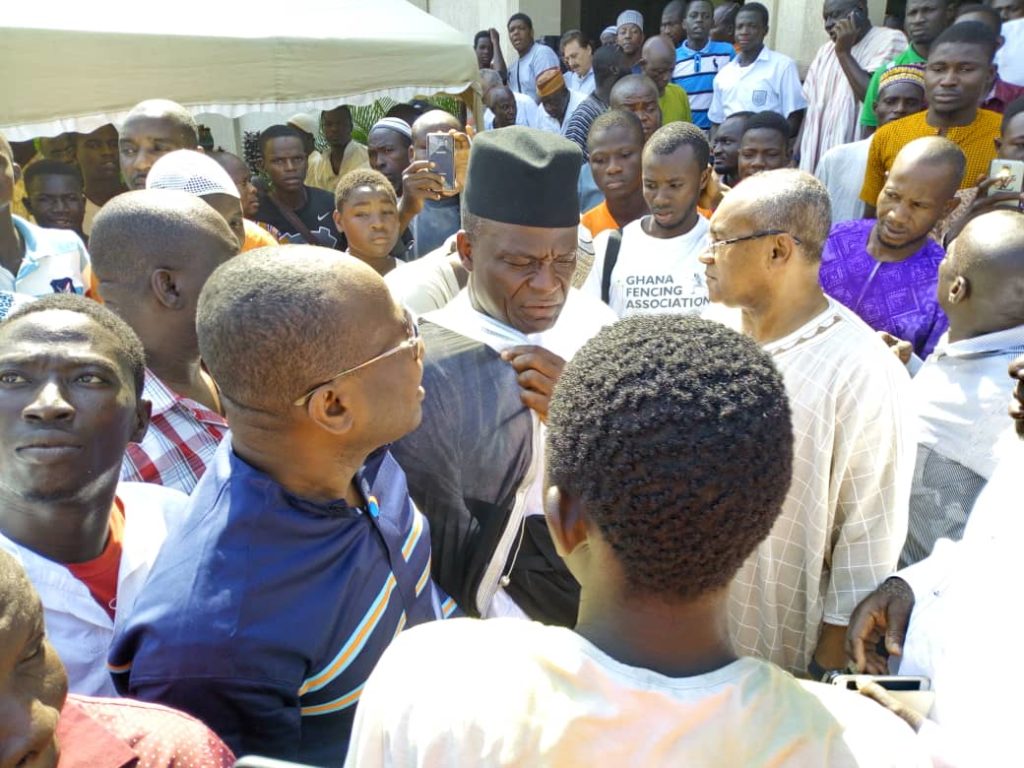 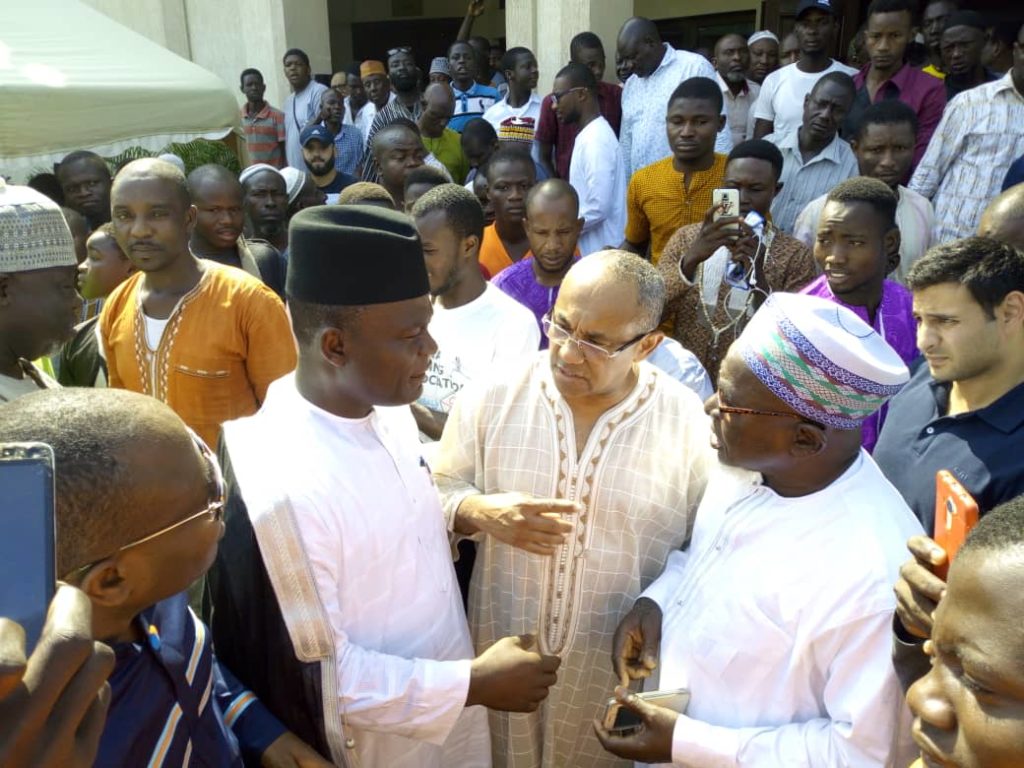 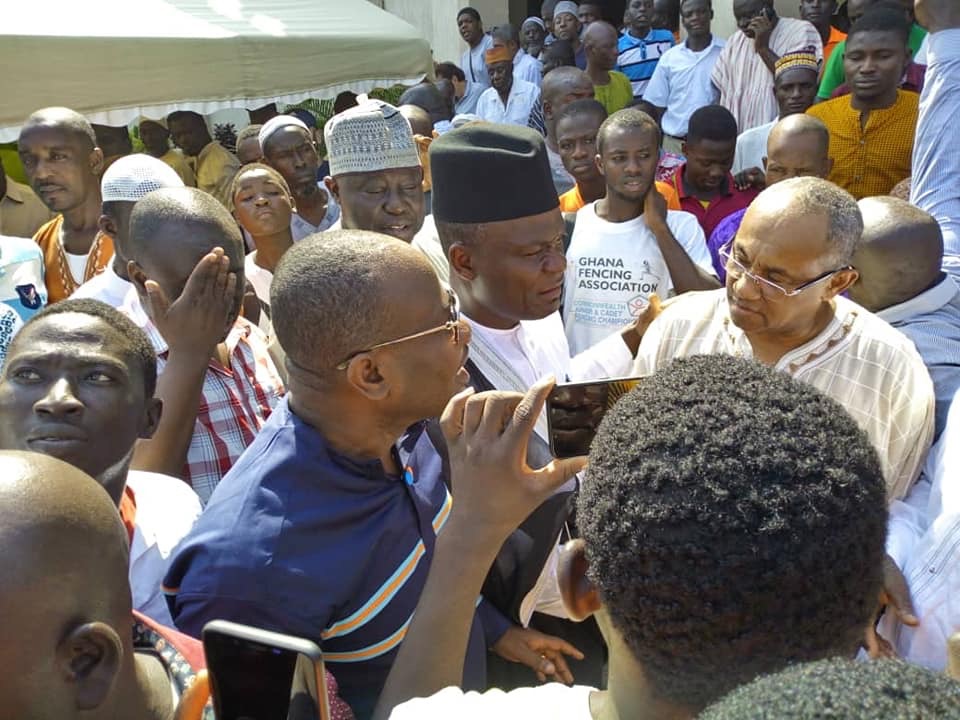