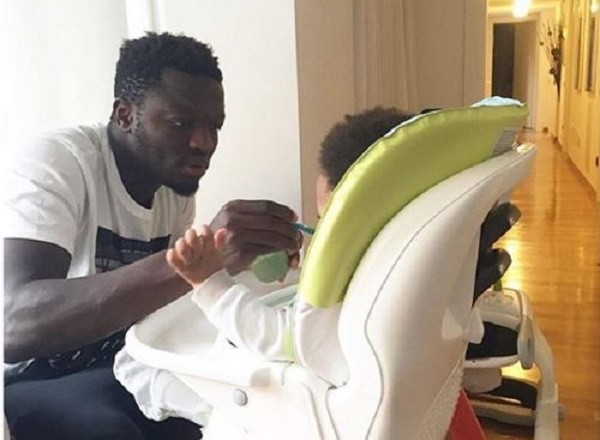 Sulley Muntari has showed his unpublished good side after his family posted a picture of him feeding his son Jamal.

The Ittihad Jeddah player is often is the news for his poor disciplinary record on the pitch.

He is currently banned for three matches after viciously attacking an opponent in a Cup match in Saudi Arabia. 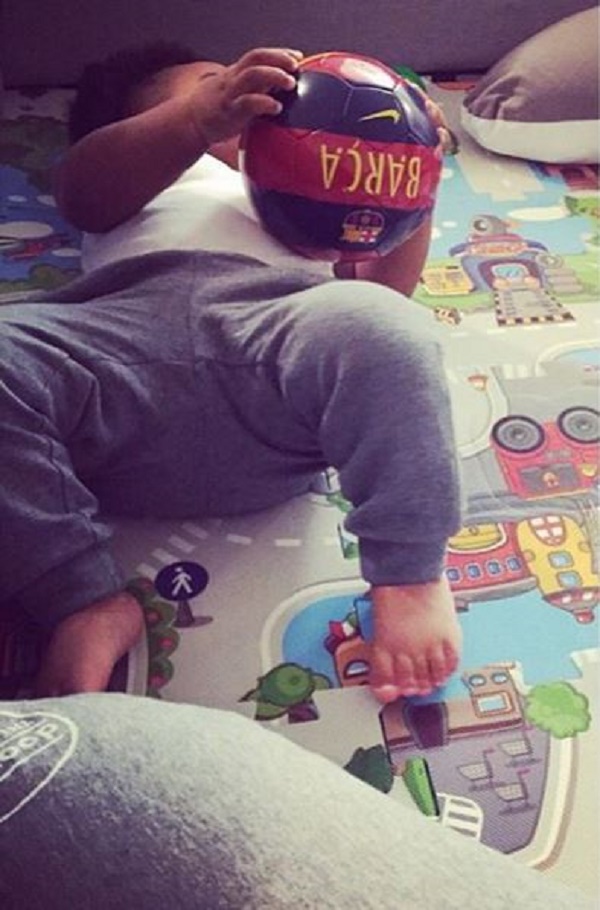