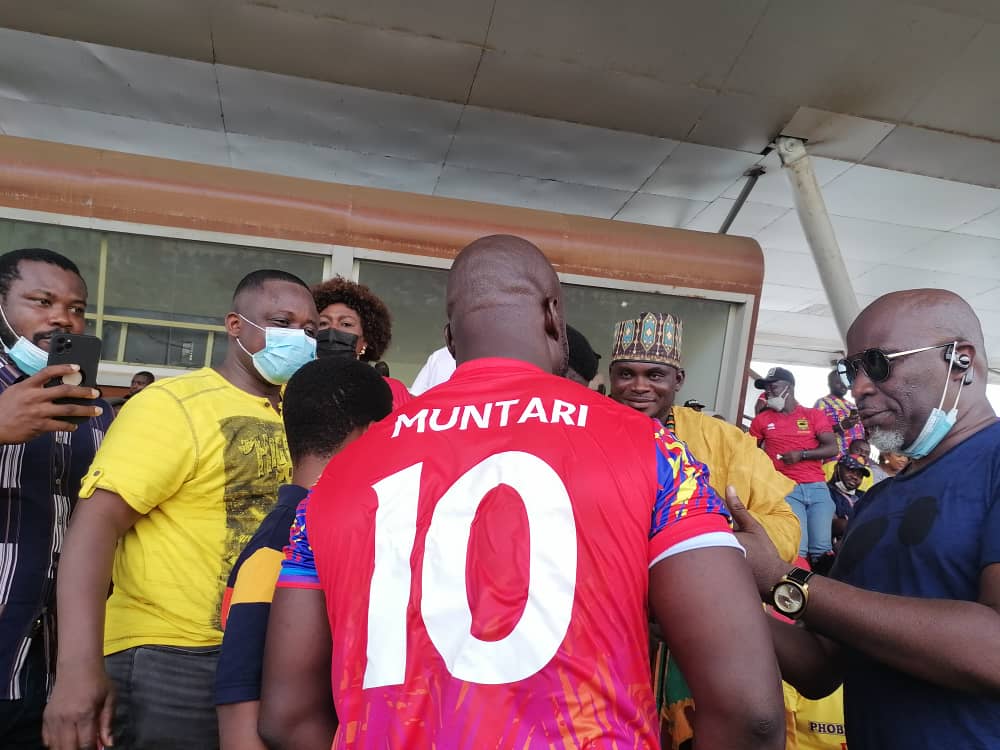 Former Ghana captain Stephen Appiah was in attendance to support Hearts of Oak against Asante Kotoko in the Super Clash encounter at the Accra Sports Stadium on Sunday.

Appiah — who starred for the Phobians during his formative years — was spotted at the stadium  wearing the new Umbro jersey of his former club with Sulley Muntari’s name boldly at the back.

The pair were key cogs in the Black Stars side that became only the third Africa country to secure a quarterfinal place at the FIFA World Cup in South Africa — losing to Uruguay on penalties.

Appiah is one of many dignitaries who thronged the nation’s Wembley to watch the crunch showdown between the two bitterest adversaries.

However, the game did not produce a winner as despite both teams failed to bury the plethora of opportunities that came their paths.

Asante Kotoko maintain their position at the summit of the log with 37 points from 17 games.

Hearts of Oak meanwhile are sitting 8th with 25 points.

The second round of the campaign is set to resume next week.