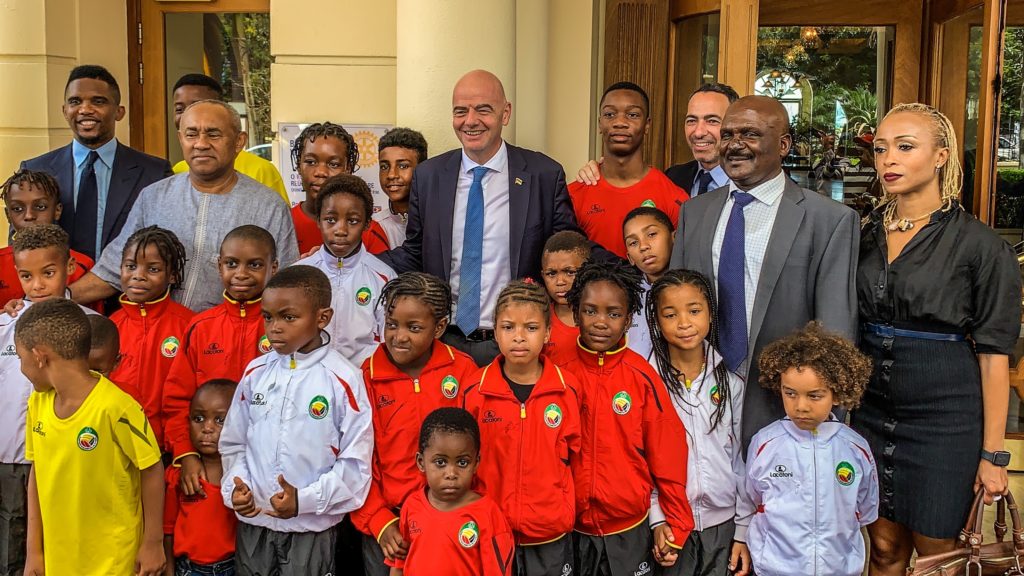 The President of FIFA and the leader of the Confederation of African Football (CAF) have successfully completed  a two-day tour of Mozambique after meeting with the country's Prime Minister while engaging with Mozambican football leaders and motivating them to continue on the path of developing the sport in the country.

Gianni Infantino and Ahmad Ahmad landed at Mavalane International Airport around 10 pm on Tuesday, November 26 but because of the late arrival all the meetings were postponed to Wednesday morning.

The activities started on Wednesday with a visit to the headquarters of the FMF-Mozambican Football Federation , House of Football in which he met with the current federation led by Alberto Simango Simango.

He also held an extended meeting with the managers of the Football House , the LMF-Mozambican Football League and the 11 presidents of the Provincial Football Associations , among other guests directly linked to the federation and administration of the game in the country.

Later in the morning, Infantino was welcomed by Prime Minister Carlos Agostinho de Rosario, who, on behalf of the Mozambican Government, welcomed the No. 1 manager of World Football to the country.

At 10:32am, the FIFA president arrived at a leading resort hotel in Maputo , where the Mozambican Football Community was waiting for him , for a seminar on African football in the international context. The event brought together over two hundred national football agents.

Still in the same hotel, Infantino was the main star of a press conference in which Mozambican journalists were able to ask him and the president of the CAF Ahmad Ahmad and Fatma Samoura some questions on the game in Africa.

At 12:41 pm Infantino departed for Mavalane International Airport, where a FIFA chartered plane took them to the DR Congo.

It should be noted that this visit to Mozambique , Gianni Infantino was accompanied by Fatma Samoura , secretary general of FIFA , Ahmad , president of CAF and former athletes Samuel Eto'o and Youri Djorkaeff of FIFA Foundation .