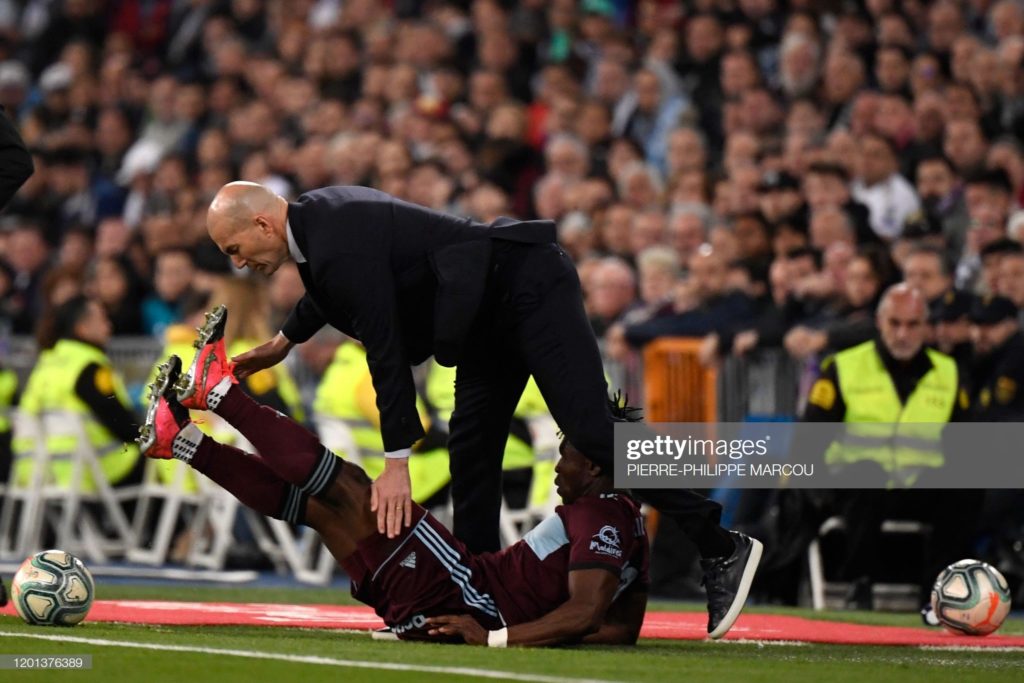 Celta Vigo defender Joseph Aidoo slid in for a tackle in the second half of Celta Vigo's La Liga clash at Real Madrid but he, unfortunately, ended up going into Zinedine Zidane, who gracefully fell to the ground under the challenge.

It was one of the striking actions of the highly-competitive match which ended 2-2 on Sunday night.

The Ghanaian went to play a split ball with Toni Kroos and sought that the ball was not lost outside the pitch to continue with the action.

However, he ended up stepping on the ball, he sat down and hit with his back to Zidane, which was in the line of its technical zone.

The French trainer ended up lying on the grass before the concern of the players and fans, finally, it was nothing.

See Photos of the action below: 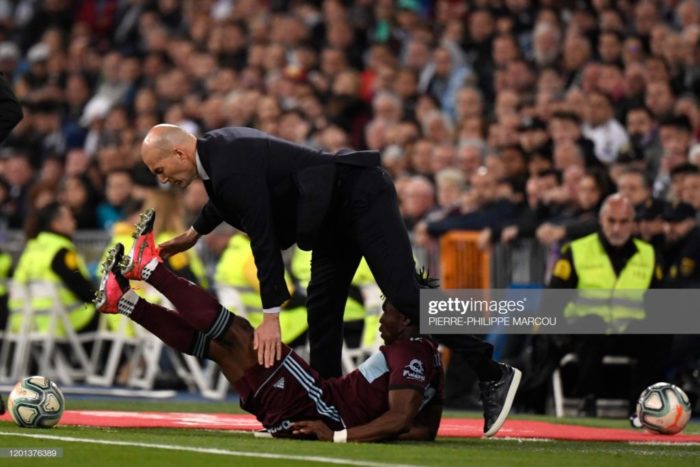 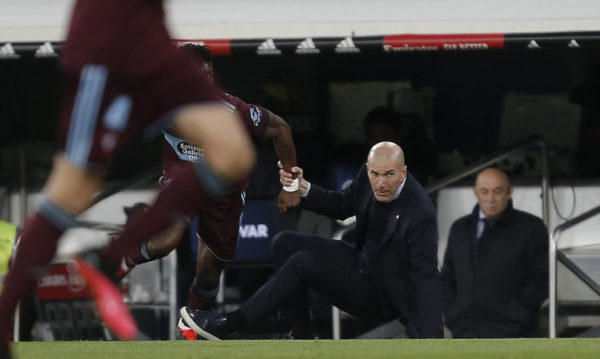 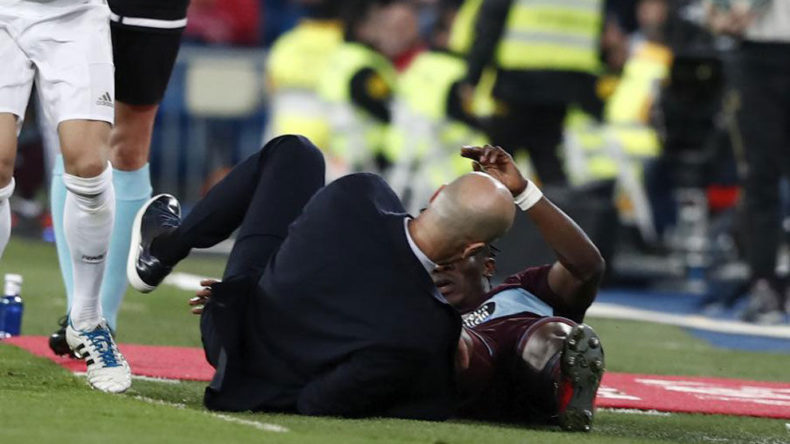 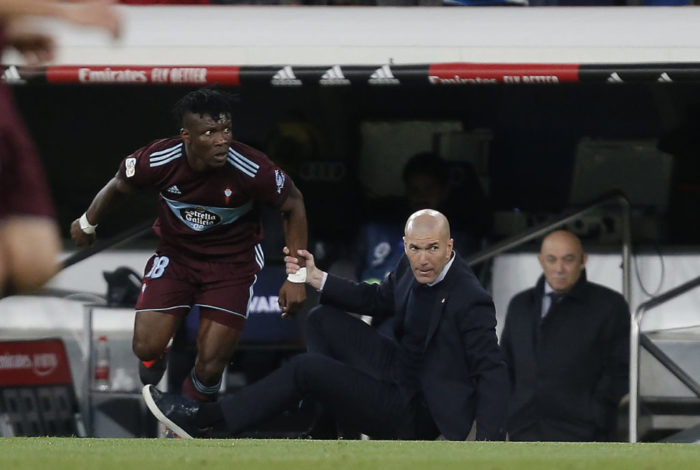