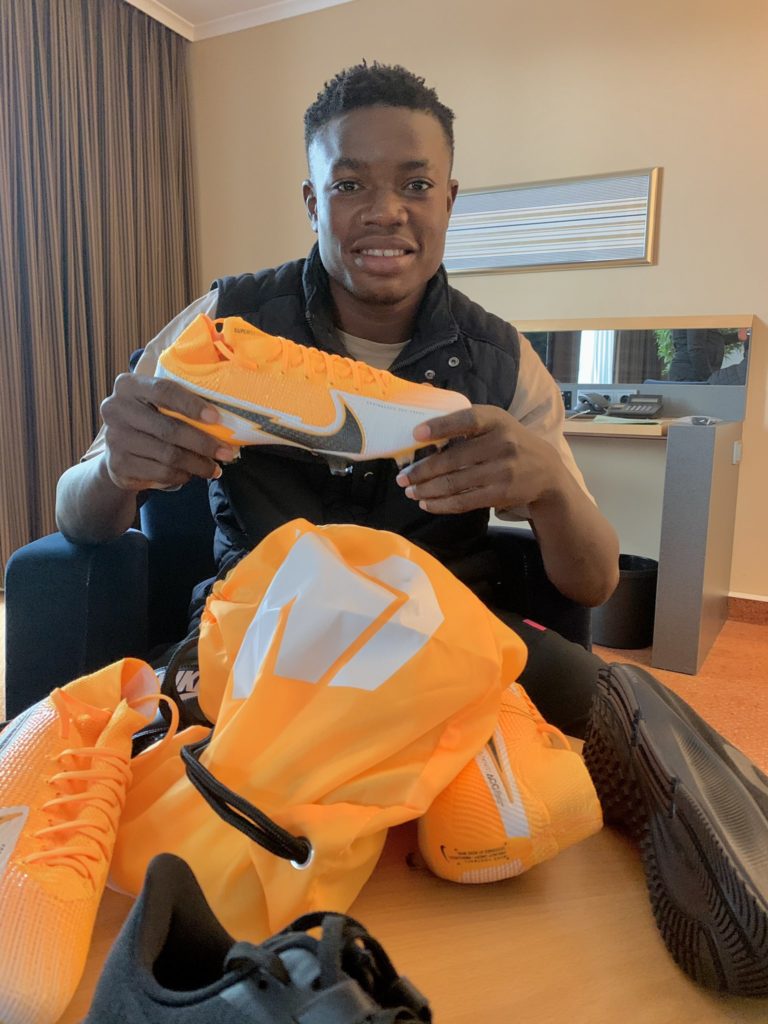 The highly-rated teen will from now be clothed by the US-based company.

Issahaku disclosed the deal on social media amid reports of a move to German Bundesliga powerhouses Bayer Leverkusen. 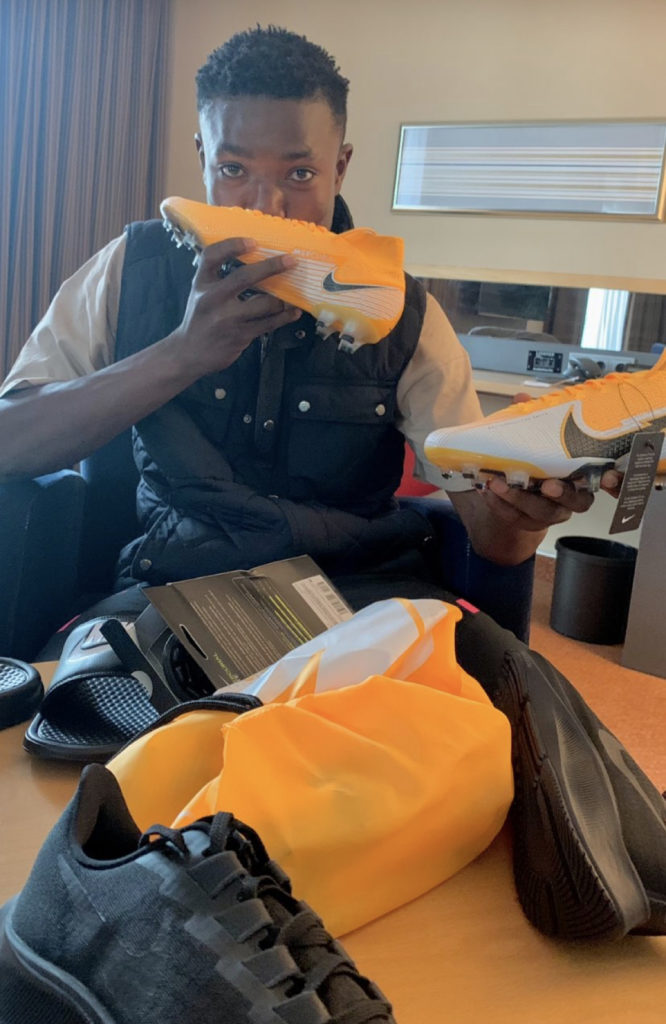 He however did not reveal the number of years he signed the dotted line.

Issahaku is on the books of Ghanaian second-tier side Steadfast FC.

The 17-year-old has enjoyed an incredible year, having captained of Ghana's U17 side to clinch the WAFU B U17 Cup of Nations in January.

He earned his first call-up for a 2020 Africa Cup of Nations qualifying matches against South Africa and Sao Tome and Principe in March.

Issahaku has also been named in a 30-man squad for Ghana's upcoming friendly fixtures against Morocco and Cote d'Ivoire next month, where he will look to make his debut for the side.