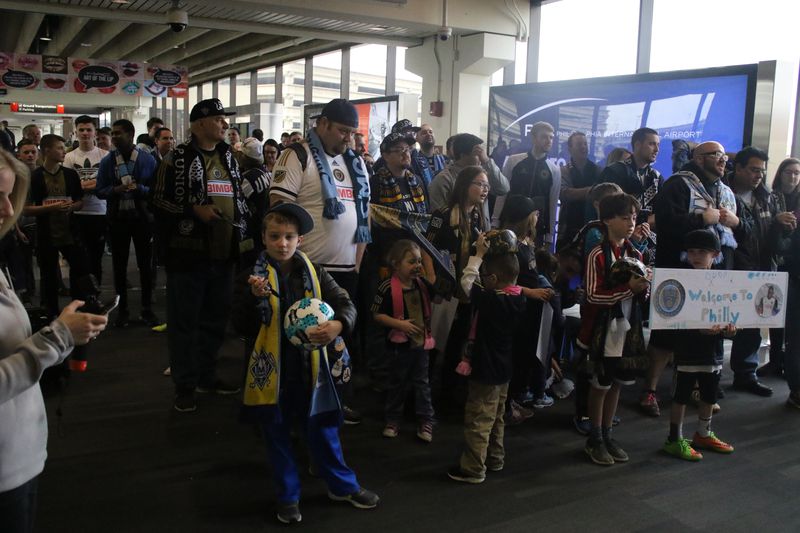 Philadelphia Union fans at the Airport

Holding welcome signs, scarfs raised and a song set to the tune of Culture Club’s “Karma Chameleon,” the gathering put an exclamation point on an otherwise frustrating offseason for fans clamoring for player signing news.

Players officially report back to the club today and training begins Tuesday.

“I’ve been waiting patiently throughout the offseason and I think this is a good first step,” said Jesse Macbeth, of Conshohocken.

''David’s lit us up a few times in the past so I’m excited. I’ve heard nothing but great things about him character wise and I think he’s going to bring a lot to the team so I wanted to be here to see him get off the plane.''

Shane Lorch, of Limerick, Pa., was there with his five children all decked out in Union gear.

“I think it’s a great piece, playing opposite Fafa on the other wing is good,” he said. “I’d still like a number 10 creator that they keep talking about but he’s a proven MLS goal scorer so I’d rather do that than take a 50-50 chance on international signings. I’m happy with the signing, but I’d like to see one more.” 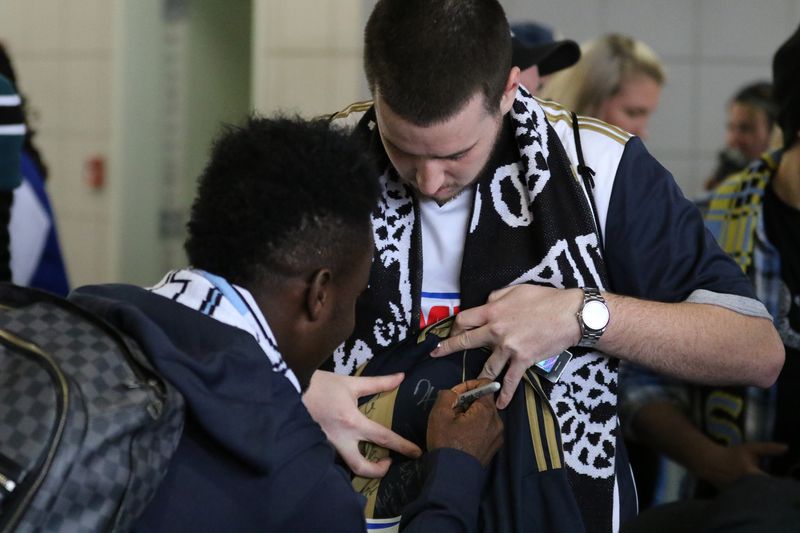 David Accam signing an autograph
Todge Sutkowski and his son Aidan, came out from Havertown.

“It’s a a good signal from the management and the owners that they’re going to spend some money,” Sutkowski said. “We gotta show this kind of support when these things happen.”

Bev and Fred Reiss drove 80 minutes from Coopersburg to be there.

''It was a great signing. From what I’ve read he has a lot of speed and I remember his name being passed around when we played the Fire.”

Union defender Josh Yaro, who like David is from Ghana and is an alumnus of the Right to Dream Academy, was the first to greet the 27-year-old winger the Union acquired in a trade with the Chicago Fire for $1.2 million in allocation money.

The deal was announced on Friday during the first two rounds of the MLS SuperDraft held at the Pennsylvania Convention Center on a day the Union didn’t have a pick. 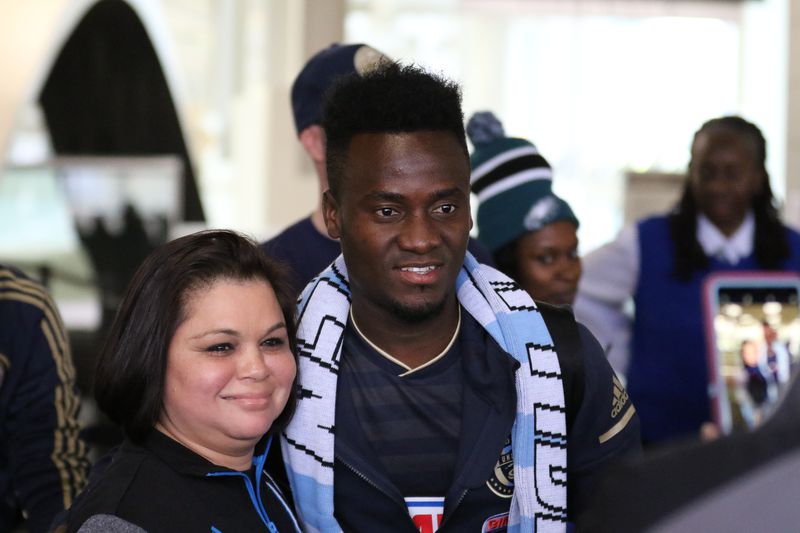 ''I think he’s going to fit in well,” said Fred Reiss, who heard the news of his signing at the draft. “He seems like a guy who is actually going to put the ball in the net if we get it to him.”

He seemed a little overwhelmed by all the attention Sunday as confused fellow travelers weaved their way through the throng of fans but after signing a few autographs thanked everyone for coming out and said he was happy to be in Philadelphia.

He was also greeted by Sporting Director Earnie Stewart and several members of the Union staff. 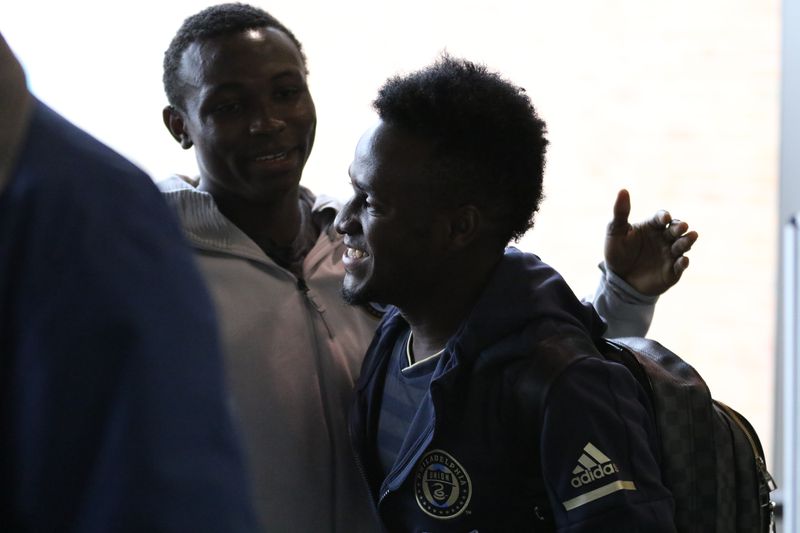