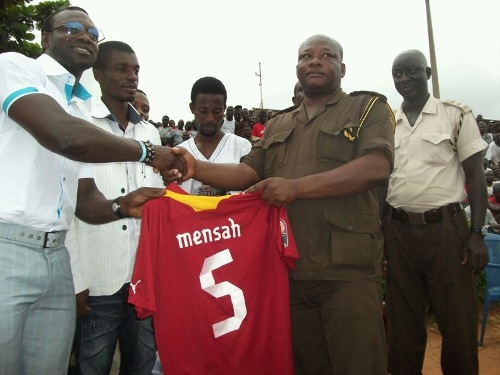 Aaron Issaka and Prince Wiafe emerged as the best players in the inaugural John Mensah prison gala on Wednesday.

Issaka and Wiafe took away a pair of boots each and items worth Ghc 7000 for winning the award in the senior and junior divisions respectively.

The gala, the first of its kind and held at the nation's largest jail house in Nsawam was organized by Black Stars captain John Mensah with the aim of resurrecting hopes in the convicts. 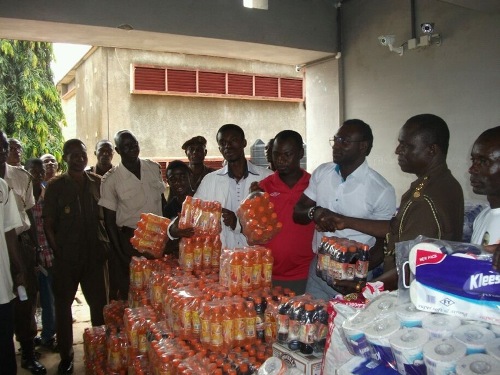 It also presented an opportunity for the defender to make a personal donation to the prison while interacting with the prisoners, wardens and other officials of the jail house where he declared the event will be an annual affair.

The initiative forms part of moves being made by social groups to improve the psychological reformation of convicts especially those who are due to be let out.

More and more attention are being given to prisoners in recent times as a way of reorienting their integration with society. 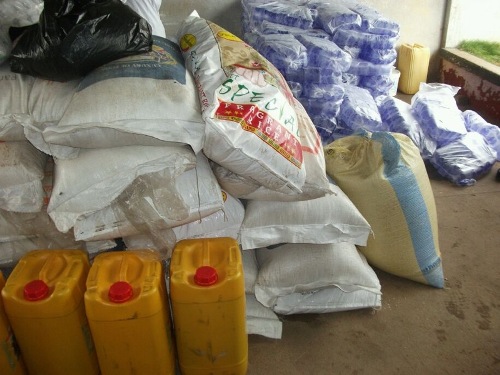 Earlier this year, they were allowed to take part in the biometric voters registration exercise â€“ a move that satisfies a constitutional requirement which will empower the convicts to actively take part in the forthcoming general elections on December 7.