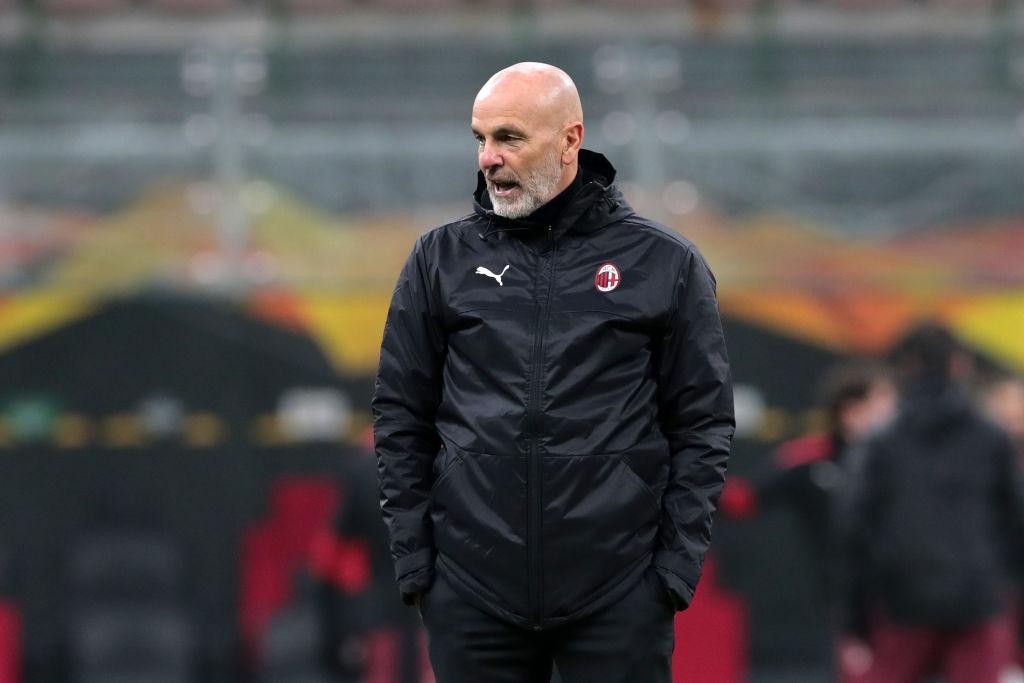 A big home match is on the horizon before the winter break, with the Rossoneri aiming to finish 2020 in the best possible fashion. It’s the eve of AC Milan v Lazio, a game which will kick off at 20:45 CET on Wednesday 23 December at San Siro. Ahead of the showdown, Coach Pioli held a pre-match press conference to talk about his team’s final fixture of 2020. All his words will be broadcast live from 14:30 CET on the AC Milan Official App and Milan TV.

THE ROSSONERI  FANS
"It's a shame that the fans can't be there but we feel close to them; we feel their affection and passion. They give us that extra push. We're working in a certain way so that they can be pleased."

THE PERFORMANCE AGAINST SASSUOLO
"We were able to dictate the game tactically. We had analysed the two draws against Parma and Genoa in detail and we were missing something in the defensive phase. Tomorrow against Lazio, who are a really strong side, we'll need to play like we did against Sassuolo."

THE IMPORTANCE OF AC MILAN V LAZIO
"It's a game that counts for a lot. We're working hard but we need one last push to end 2020 on a high. We have a lot of absences but we're okay. In July, beating a team that was ahead of us in the table was massive but we try to take something from each game and will do so tomorrow as well. We don't want to think about anything other than our next game."

AN UPDATE ON REBIĆ AND TONALI
"Today, Tonali and Rebić were doing fine but we'll make a decision on them tomorrow morning."

PRIDE IN THIS AC MILAN SIDE
"We're very proud of what we're doing. We can take some of the credit but behind us there's a Club and staff that allow us to work to the best of our ability. I'm proud to be a part of this Club and to coach these players. Now, though, we need full concentration on tomorrow's game."

THE CHANCE TO END 2020 IN TOP SPOT AND THOUGHTS OF THE SCUDETTO
"We always need to give our all without thinking too much about the table. Our objective is to continue to grow because we still have a lot of room for improvement. Inter and Juventus are the favourites; we need to just think about doing our best. We're ambitious and we always play to win, if our progress allows us to end the season high in the table, then even better."

IS THERE A LACK OF DEPTH?
"No, because what's most important is the squad that the Club has placed at my disposal. Every team could have five or six big absences like we have. I hope to have a few of them back after the break. Any reinforcements that come in have to fit our way of working, our professionalism and our hunger. We'll only use players that have the right characteristics, not only on a technical level but in terms of mentality too."

THE GROWTH OF LEÃO AND SAELEMAEKERS
"No player can say he's reached his peak at 21 years of age. Rafa needs to add a few more goals to his game and needs to be more of a striker. This team has a lot of talent and can grow a lot; we're taking a lot of forward steps. Before he joined us, I didn't know Alexis. He's worked hard and has improved day by day with a great attitude."

ONE YEAR AGO THE 5-0 DEFEAT IN BERGAMO...
"That was certainly a humiliating defeat for us all, but it was the first stone, upon which we have built this AC Milan side. In January, the Club did really well in the transfer market, both outgoing and incoming. You can often learn more from a loss than from a win, another example of this would be losing the Derby after having taken the lead in February. That game taught us a lot."