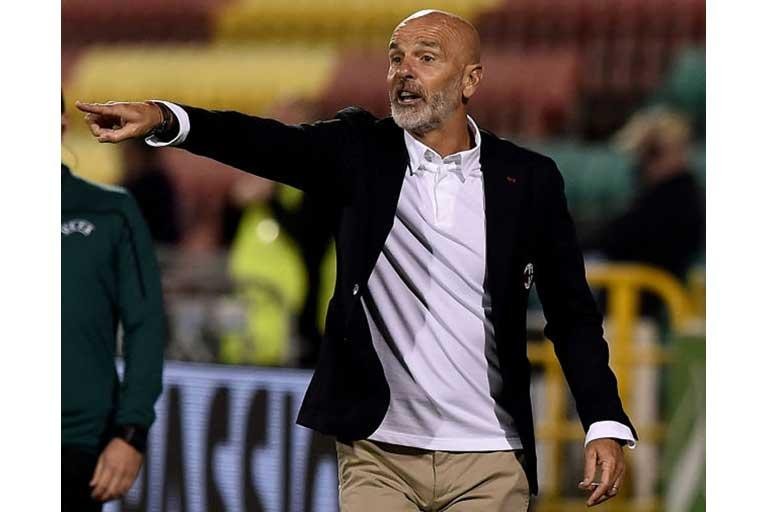 Following our 2-0 victory over Shamrock Rovers in the last round, our next opponents will be FK Bodø/Glimt. The Norwegian side come into the clash at San Siro after beating Žalgiris Vilnius. Another straight knockout game awaits the Rossoneri, as they look to take another step towards the Europa League group stage in the third round of Europa League qualification. Coach Pioli gave his thoughts on the game in the pre-match press conference.

THE SQUAD'S PERFORMANCES
"Everyone is aware that there has been some real improvement both for the collective and for individual players. It's well-deserved given the quality I have in my squad."

OUR OPPONENTS
"To be honest I don't like approaching games as if we have everything to lose: actually, we've got a lot to gain. In every match, we've got to question ourselves, but we've also got to implement our playstyle, and look to showcase our qualities and philosophy on the pitch. We need to be determined. We have great respect for our opponents but we're also aware of our own quality. They have three very strong forwards, they tend to start games well, and they're used to winning matches and playing the game on their own terms, which might mean they give us some space to work with. They're unbeaten in their last 20 games and they've won 18 of them, and they have a clear set of values."

THE CONDITION OF THE SQUAD
"We're doing well, especially mentally, and we know how important this game is, so we're preparing for it as if it were a final. The boys know that this will be the game of the Bodø/Glimt players' lives, and that motivation to win is just as important as the quality you have in your squad. For our part, we've got to keep pushing, and keep on going as we have been. We've got plenty of room for improvement, and we're well aware of what it means to wear the Rossoneri shirt. If we stick together as a team, I think that this could be a successful season for the Club."

IBRA'S IMPACT
"I've been amazed by his condition. In the week leading up to the match in Dublin, he was in some real discomfort, but now he's prepared really well, both physically and mentally, and he's obviously got some unbelievable quality: that's clear to us all."

MIDFIELD PAIRINGS
"I think that the four midfielders can all play together, and rotating between them shouldn't be an issue. They're complete players, which is great, because I'm in need of players who handle themselves well on the pitch. Krunić is really versatile: he can also play further forward. We've got plenty of depth in the middle of the park."

LEÃO'S RETURN
"It's hard to predict when he'll be returning to action, but I hope it's soon. We've got to be careful, but the important thing is that he's back with the squad. I expect him to mature a lot as a player. But he's got to use his quality right on the pitch: he's got incredible potential, both technically and physically. He could be the player that makes the difference."

MUSACCHIO, ROMAGNOLI AND THE DEFENCE
"We don't want to rush things, and the goal is to have them both back in action after the break. Three of our defensive options aren't available, and we're struggling a little in defence, but I've got a lot of faith in the work the Club is doing. I'm always really pleased when players get through moments of difficulty: Calabria has faced some criticism and some of my decisions didn't necessarily go his way, but he never stopped believing in his ability and making himself available to me. Of course, I'm chuffed that now he's been playing well consistently, but it really doesn't come as a surprise."

QUALITY INDIVIDUALS
"I often discuss things with my players and in the next few days, we'll be taking everyone's condition into account. We've got to recover and we've always got to be ready. Brahim Díaz is as ready to go as anyone. Saelemaekers played well in Ireland, and he can play on both flanks, and the same goes for Maldini and Díaz."