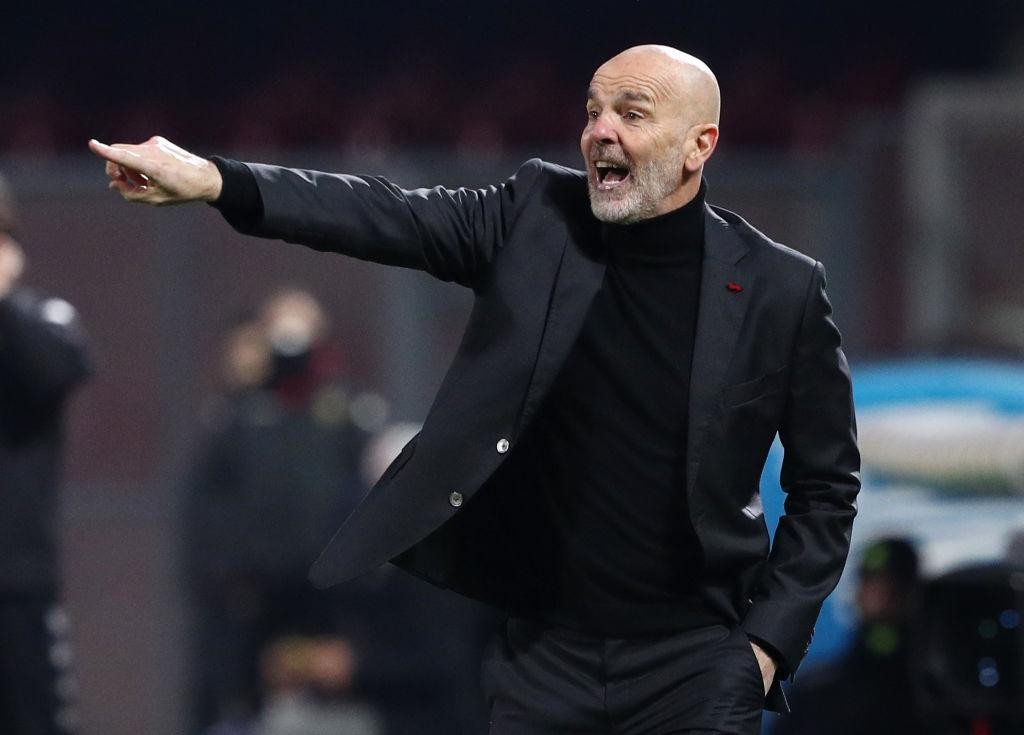 Wednesday’s game against Juventus is in the books for Stefano Pioli’s AC Milan with the Rossoneri ready to return to the San Siro pitch tomorrow night, 20:45 CET, for the first part of the double fixture against Torino. The coach held a press conference at Milanello on the eve of matchday 17 in Serie A. Here's what he had to say:

AC MILAN V TORINO
"They had a few problems at the start of the season but that's nomal as a new coach tries to implement his own style. Now, they're looking more confident and are playing with a bit more freedom. They have conviction and we need to respect them. They'll be highly motivated but so will we be; from that point of view, we're equals. The most determined team will deserve to win. I'm sure that my players will be determined and hungry to play well. If other issues arise, there will be a lot of absences but we're hoping to have a full squad for the Cagliari game. We need to grit our teeth now; we want to put in a convincing performance. We're concentrating and are feeling good. When other players come back, we'll have more choices to lighten the workload for some of the boys."

INJURIES
"This season is long and complicated so you are going to get injuries. It's useless to waste your energy on things you can't control; it's better to focus on trying to find solutions and to think positively. The team is well and needs to go out and play tomorrow. The medical staff say Saelemaekers and Bennacer should be back for Cagliari and Ibrahimović is continuing his recovery process. He has worked a bit but I don't think he'll be available tomorrow. Kjær was a bit fatigued but did train today. Çalhanoğlu has hurt his ankle and couldn't train; we'll make a decision on him tomorrow."

THE ATMOSPHERE IN THE DRESSING ROOM
"We feel strong. The boys are showing me each day in training that they never give up and believe in themselves. They're right to believe in themselves because results say we're a strong side but we need to keep up this level to remain strong. In April, the table will have opened up and we'll have a better idea of where we can finish."

AFTER AC MILAN V JUVENTUS
"Wednesday's defeat was analysed in the same way we look at our victories. We look at the positives and the negatives but Maldini and I didn't need to intervene. We made a couple of mistakes for the first two goals, which our opponents took advantage of with their immense quality. We're working to try and improve in these situations, to mark better and double up on the right players, but mistakes are a part of any game. The level of your opposition also dictates how much you have to pay for these errors. The day after, most of the players asked me to go over the footage to see how they can do better; this makes you realise how hungry this team is to read the game and always improve."

INDIVIDUALS
"Leão played really well on Wednesday. He put the defenders under constant pressure and played with a lot of intensity. He did the same against Benevento. He worked a lot for the team and he needs to expect this type of performance of himself. Calabria is an intelligent player; he used the first few minutes to get into a rhythm with the others but I think he did well after that. I got the response I wanted from him and another good performance. Hauge and Díaz have a lot of personality and have shown as much. They can put in winning performances; they have the ability to do that. They need to keep developing. We're the youngest team in Italy - and maybe even Europe - and we need to give the lads time to find a bit of balance. They have the right qualities to be big players."

TRANSFER MARKET, RENEWALS AND NEW PLAYERS
"I share the same opinions as the technical area; we can't rush it. I think we'll do bits in the window but but only if there's the right opportunity to improve the squad. There is the desire, on the part of the owners, to continue renewing players as their contracts run out and I think there's a lot of hunger and positivity from both parties; that is what counts. For the most part, I'll speak about the players I am coaching at this moment in time."