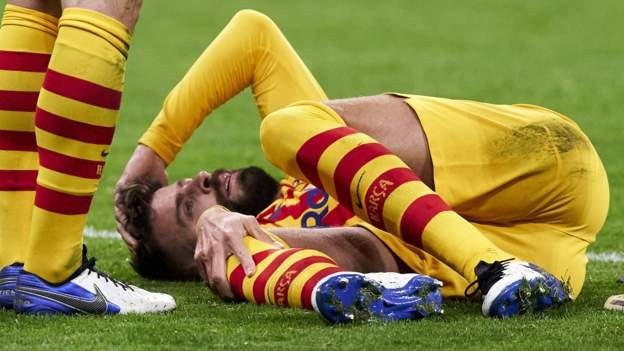 Barcelona defender Gerard Pique will be out for a reported three to five monthsexternal-link with knee ligament injuries.

Pique, 33, sprained the internal lateral ligament in his right knee and suffered a partial injury to the anterior cruciate ligament during Saturday's defeat by Atletico Madrid.

Barca will also be without defender Sergi Roberto for two months after he ruptured a thigh muscle.

The 1-0 loss was Barca's third in eight La Liga games, leaving them 10th.