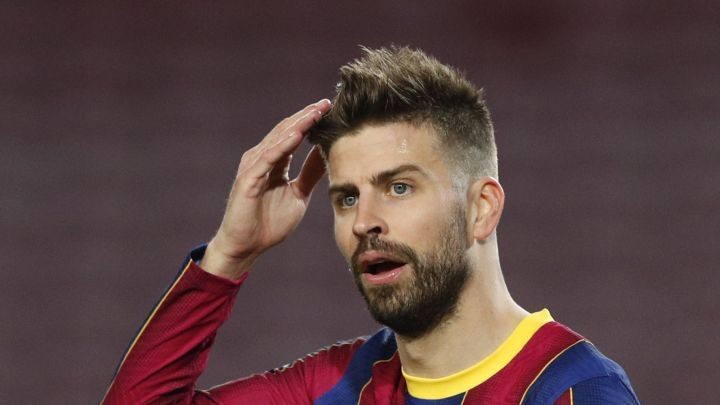 "I haven’t got a crystal ball and I don’t know what is going to happen but our objective is to battle right to the end. If Madrid win all of their games, they'll be champions".

Gerard Piqué chatted to Movistar LaLiga after Saturday's 0-0 draw with Atlético Madrid, which favours Real Madrid in the title race.

Is it a bad result?

"We had hoped to win and get a better result. We're still alive. I thought we played a good game. We had more clear chances, but it wasn't to be. We are still alive. We know the situation that we are in and that we don’t depend on ourselves but looking to some of the results this season, I think the league is still wide open, there are still three games left to play and we have to win Tuesday’s game and the next two".

"Atlético are probably the best defensive side and it is always difficult to generate chances. We should have made the most of the chances we had in the first half. We had chances from Leo, Ousmane".

What could happen between now and the end of the season?

"Anything. From what we have seen in LaLiga, confidence levels could have an affect. If Madrid win their four games, they will be crowned champions, but it has been hard for the top teams to be consistent. It's one of the lowest points campaigns we have seen for a while and the closest. If we win all of our games, we will still be in with a chance".

Do you think so?

" I haven’t got a crystal ball and I don’t know what is going to happen but our objective is to battle right to the end. In the last 12 or 13 campaigns we have competed right up until the final day and that will probably happen again this season. We have been competing since the start of the year, it's just a shame about the results of the last few games".