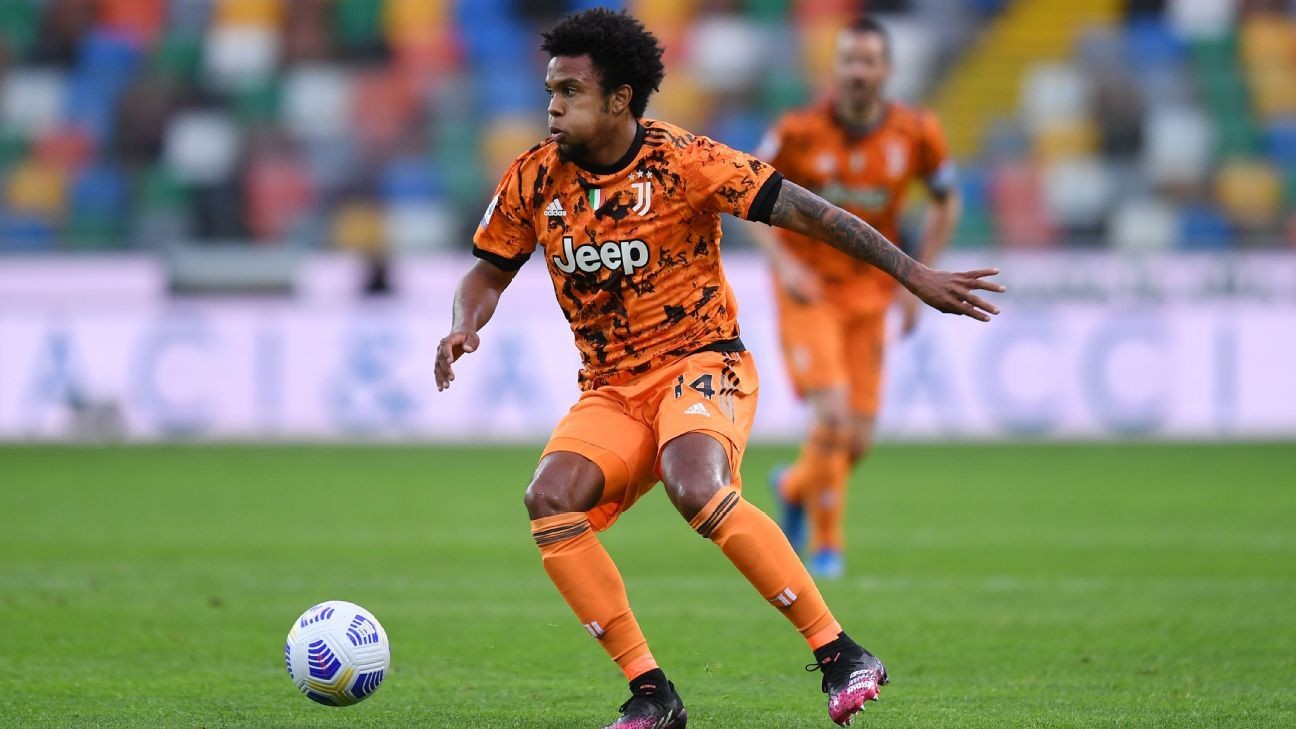 McKennie has enjoyed a productive season on a personal level despite Juve's domestic difficulties with 41 appearances in all competitions since moving from Schalke 04 in a loan move which was made permanent in March.

But Pirlo said the 22-year-old has had issues off the pitch which affected his ability to reach his full potential at the club so far.

"He has a chance of starting," Pirlo told a press conference ahead of Juve's crucial clash with Champions League qualification rivals AC Milan (live on ESPN+ at 2.45 p.m. ET ) of McKennie.

"He has lost weight and that's something we had to drill into his mindset. Now he is concentrated and more professional compared to when he arrived.

Juve, fourth, and Milan, fifth, are level on 69 points with four matches remaining and the winner would take a huge stride towards Champions League qualification.

However, the Bianconeri face the prospect of a ban from the competition after failing to official withdraw from the breakaway European Super League. Pirlo, though, said he is only focused on matters on the field.

"We continue to concentrate only on the pitch so we can aim for a Champions League place," he said.

"What happens outside the turf should not be of interest to us."

The match at the Allianz Arena sees the meeting of two of the best footballers of the past decade with Juve's Cristiano Ronaldo and Milan's Zlatan Ibrahimovic facing off.

"[They are] two players who are good for football, champions everyone enjoys watching on the field," Pirlo added.