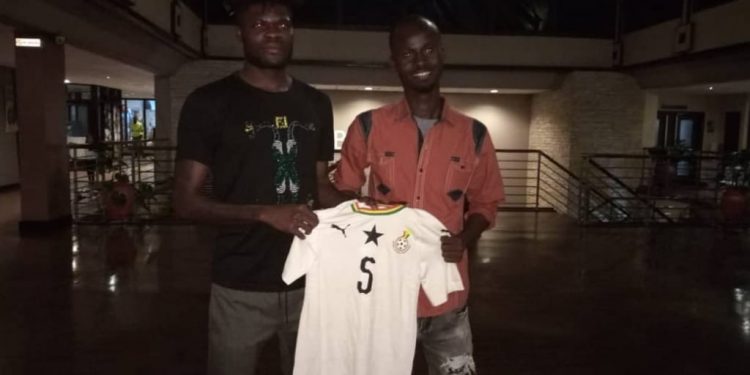 Awal Sulemana the pitch invader in the Ghana-South Africa game met his idol Thomas Partey after the Atletico Madrid star extended an invitation to him.

Suleman was arrested by security officials after the incident and was held in custody for two days before granted bail last Saturday.

Awal came on to the pitch in the 74th minute, holding a phone in search of Partey but was given a hot chase by the security officials and apprehended.

According to the 25-year old his decision to go on to the pitch was because he wanted to have a selfie with the Atletico Madrid star.

In an interview, Awal stated that he idolizes Thomas Partey and it was a dream come true for him to watch him play at the Cape Coast Stadium in Ghana’s game against South Africa which they won by 2-0.

He later apologised for his actions and asked other soccer fans not to emulate his behaviour.