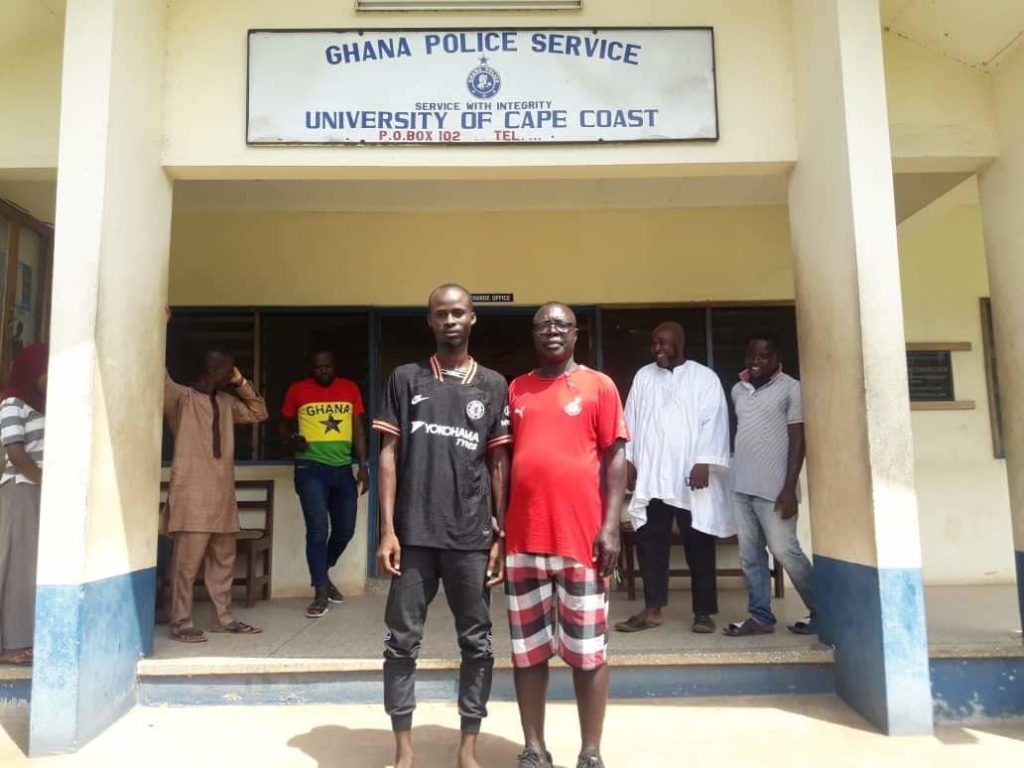 Awal Suleman, who invaded the pitch during Ghana's 2021 Africa Cup of Nations qualifier against South Africa, has vowed never to interrupt football match again following his release from Police custody.

The 25-year-old was released from Police custody on Saturday morning after being charged with offensive behaviour and unlawful entry.

Awal, having spent 48 hours in Police custody seemed to have felt the gravity of his actions.

“I’ll never invade the pitch again but if I get the opportunity to take a picture with Thomas I’ll be grateful,” he told Angel FM.

“I don’t want to disturb the public neither do I want to breach the laws of the country again."

“I want to beg Ghanaians for delaying the flow of the game. It’s an international match which this incident can tarnish the image of Ghana. I assure Ghanaians that this same incident will never happen again," he added.

The young man who was identified as a student nurse and an athlete became the talking point after last Thursday’s match at the Cape Coast Stadium when he made his way onto the field to take a selfie with his icon Thomas Partey.