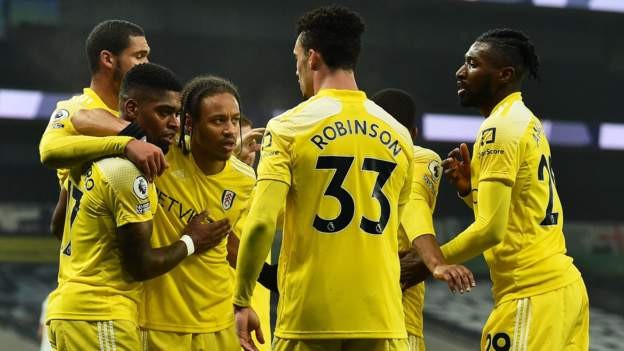 The Premier League is to meet club managers and captains to discuss adherence to the new Covid-19 protocols that were released earlier this week.

It has been stressed that protocols, including avoiding "unnecessary contact", need to be enforced.

Some City substitutes also failed to wear face masks at times during Wednesday's 1-0 win over Brighton.

City boss Pep Guardiola said after the game he "didn't know" whether it would be possible to curb celebrations and pointed out that players were regularly tested and matches take place outside.

However, Brighton counterpart Graham Potter said it was "doable" but added that it would need a change in mindset to ensure the protocols were met.

Premier League chiefs will not hold a meeting for all 20 clubs but have instead decided to have the guidance issued locally by director of football Richard Garlick. That is viewed as the most effective method of communication and one that will allow debate.

The meetings are not being regarded as "crisis talks".

It is understood Aston Villa, Fulham and Manchester City - the three clubs to have had issues over the Christmas and New Year period - have worked well with the Premier League and Public Health England to get the situations under control.

In the latest round of coronavirus testing, the number of positive cases went down from 40 to 36 compared with the previous week, although it is accepted that needs to reduce further.