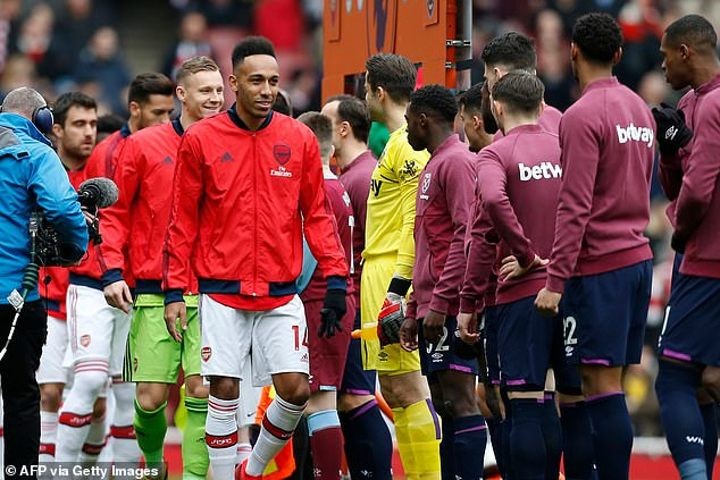 Clubs could be allowed some home comforts if they are forced to play at neutral venues after the issue was discussed by Premier League bosses.

Talks have been held about letting the ‘hosts’ pick the walkout music, goal music and use their usual stadium announcer for any matches that are moved.

Top-flight clubs have largely won their battle to complete the season by being able to play home matches at their own stadiums. A handful of games may still be played at neutral grounds for safety reasons.

The absence of fans has had a big impact on home sides in the Bundesliga, the first major league in Europe to return. Only five of the 27 games played since the German league returned have ended in home wins, compared to 12 away victories.

Premier League clubs are also considering holding friendly matches and training sessions at their stadiums to help their stars get experience playing behind closed doors.

In Germany, clubs have had to travel on multiple coaches so that players can be far enough away from each other to observe social distancing guidelines and similar orders may be introduced here.

Holding stadium friendlies would also be a test of supporters and whether they comply with instructions to stay away amid concerns about congregating outside grounds.

They are discussing implementing a number of plans, including branding wraps spread across seats in the lower tiers.

Displaying all 20 clubs crests on a stadium wrap has been suggested.

Bundesliga clubs have been left to decide how best to decorate their home grounds, with Borussia Monchengladbach’s cardboard supporters the most high-profile idea.