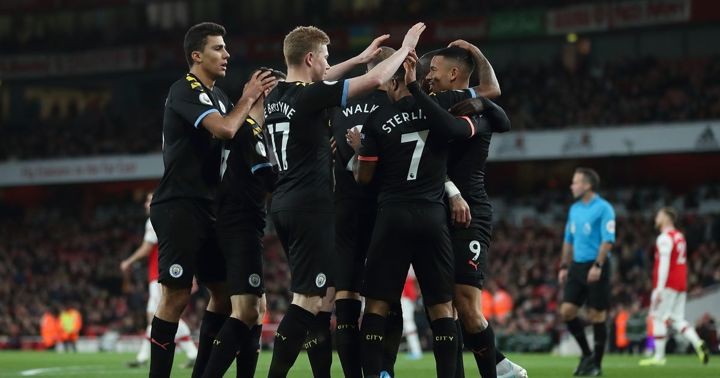 Manchester City, Arsenal, Sheff Utd & Villa could be needed to finish the Premier League season if the full campaign cannot be completed.

The current date for when games are expected to restart is April 30 "at the earliest". However, that has already been revised from April 4 and given the current sanctions imposed on the country by the government and the latest predictions it is looking unlikely that football will be able to resume at the end of next month.

UEFA president Aleksander Ceferin has indicated that the current three options for playing again are mid-May, the beginning of June, or the end of June, and warned that delays beyond June risk seasons being unable to be finished.

While clubs remain committed to playing out the campaign whenever it is safe for football to restart, the seriousness of the situation means all possibilities have to be considered by the Premier League.

The Sunday Times reports that one option would be to decide on final places - including European qualification and relegation - on the basis of 29 games completed by each club. That would not be ideal given the very nature of the league is to test each team for 38 games and some may have harder run-ins than others for instance, but in the circumstances there will be no perfect way of completing the campaign.

For each team to have played 29 games will require just two more matches to be played, the two that were postponed as a result of the Carabao Cup final: City vs Arsenal and Aston Villa vs Sheffield United.