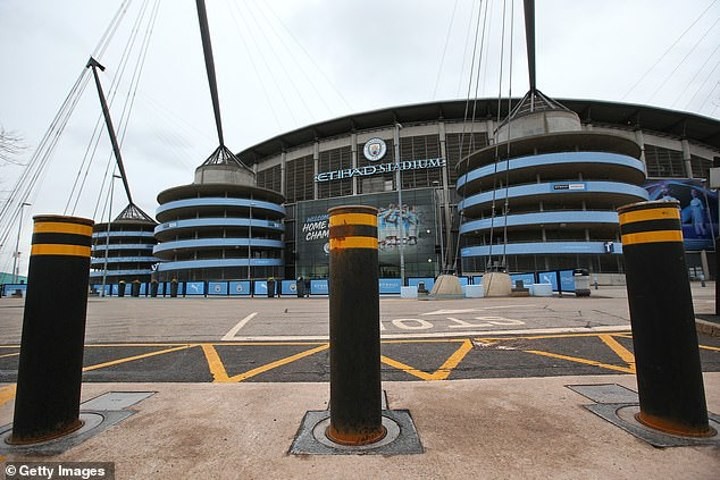 Premier League football grounds could be turned into auxiliary hospitals to aid the fight against coronavirus.

A number of top-flight clubs have virtually handed over their stadiums to the NHS, with football suspended and the pandemic continuing to surge.

Over the coming days the underground car park at Tottenham’s new home is set to become a drive-thru coronavirus testing centre.

Nurses are already taking training courses at Manchester City’s Etihad Stadium, while neighbours Manchester United remain in talks with the local health trust over how Old Trafford and its surrounding area can be used. City have been in talks with healthcare providers for over a fortnight.

At one point, the Etihad was being considered as a venue for a field hospital. Another site in the city, the Manchester Central exhibition centre, has now been chosen for that role instead, but the Etihad and its campus will be used extensively.

Key NHS workers may end up using the club’s gym to exercise, while a shuttle service is expected to be introduced to bus them to Manchester Central, which has been dubbed the ‘Nightingale of the North’ after London’s ExCeL Arena was turned into the NHS Nightingale temporary hospital.

Plans are also being discussed to provide childcare for doctors and nurses, while City’s home could also be used to store essential items, which would allow medical staff to stock up without having to go to the supermarket.

It is understood that, should the crisis spiral, grounds may be considered to host temporary morgues, although there is confidence that such a scenario will not develop.

United are exploring how Old Trafford could be used in the fight against the pandemic. The Theatre of Dreams has a vast number of car parks behind the Stretford End, which could prove invaluable as venues for temporary medical facilities.

Chelsea were among the first to act, handing over use of the Millennium Hotel at Stamford Bridge to NHS staff. It is understood that almost all the 72 rooms at the facility have been taken.

The club is open to handing over the Copthorne Hotel at the stadium, should the Millennium hit capacity. Talks are ongoing with the NHS over the use of other facilities at the west London ground.

Arsenal remain in discussion with north London hospitals over how the Emirates can be used.

While there remains optimism that football will return at some point this summer, if the Covid-19 crisis becomes so serious that stadiums are needed, football is highly unlikely to be on the agenda.

Earlier this week, Sportsmail revealed how London Mayor Sadiq Khan had written to clubs to ask for medical staff, equipment and accommodation.

Spurs have provided medics while Watford were one of the first to offer support to their local NHS Trust.

Meanwhile, Chelsea have teamed up with the domestic abuse charity Refuge to provide support for people forced to self-isolate in vulnerable situations.

Emma Hayes, manager of the Chelsea Women’s team, is among those taking part in a digital campaign to raise awareness and funds for the charity. She said: ‘I am proud to lead the club’s backing of this worthy cause during such a difficult time. I hope this campaign can make a difference to those who need support.’