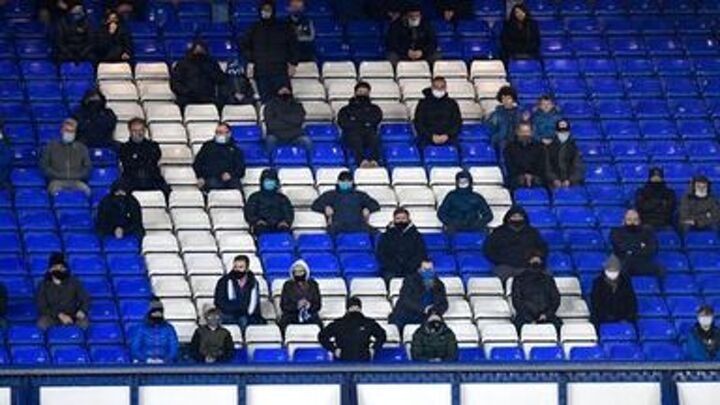 David Moyes has admitted he feels "uneasy" over teams gaining an unfair advantage if fans were to return on the final day of the Premier League season.

Moyes believes the final two fixtures of the season should be played with fans to maintain the integrity of the Premier League.

It was revealed that fans are set to return to sporting events on May 17 in Prime Minister Boris Johnson's road map for easing coronavirus lockdown restrictions.

Supporters have been prevented from attending sporting venues across England since December, when Liverpool was placed into Tier 3 before the latest national lockdown was put in place.

As it stands, the only Premier League matches scheduled after that date are the final round of fixtures on May 23.

Moyes said: "Getting fans back would be fantastic. I'm a little bit uneasy about them coming back for the last game of the season because it would be an advantage to one team and not the other.

"If the government and the Premier League could do it one week earlier, it would mean you'd have a home and away game where everybody could have their crowds back.

"We used the word integrity during this pandemic and I'd be really worried about one club getting an advantage in the last game of the season. Getting the supporters back is great and we're looking forward to it."

Newcastle go to Fulham on the final day of the season in what could be a crucial game in the battle for survival in the Premier League.

Toon boss Steve Bruce was asked whether he would be concerned with the prospect of playing that game in front of Fulham fans at Craven Cottage.

Larger outdoor seated venues such as football stadiums will be allowed up to 10,000 people or be a quarter full, whichever is lower.

Final round of Premier League fixtures (May 23)