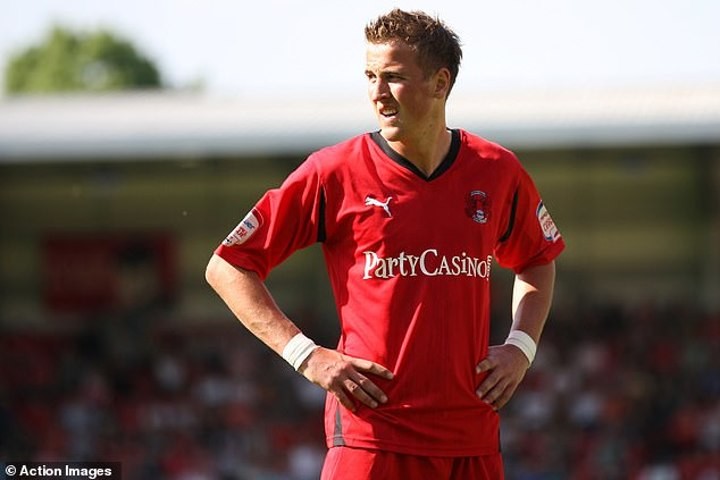 Premier League rising stars could find game time even harder to come by from next season as coronavirus threatens to disrupt the well-established pathway from lower league loans to top-flight action.

Tighter budgets and a flood of free agents should see academy players slip down the pecking order as smaller clubs look to strengthen this summer following the COVID-19 crisis.

Harry Kane, Danny Rose and Jordan Pickford are among those to ‘cut their teeth’ in the EFL’s rich ‘breeding ground’, where players gain first-team experience and smaller teams can sign well-schooled recruits for only a portion of their wages and/or a small fee.

But with many clubs below the top flight battling to survive the ongoing shutdown, one source said coronavirus ‘could change the progression and path of football over the next 10 years’, while a coach at a League Two club - where a current England international first tasted senior football - said the priority for all sides would be looking after existing staff and players.

A knock-on effect, they said, could be that top clubs find it harder to place youngsters lower down the pyramid.

The issue is compounded by the 1,400 EFL players out of contract this summer, who will be scrambling to secure their own futures.

‘There will be plenty of players to go at before loans are considered,’ one club said. ‘You can’t sell a loan (player).’

Another lower league manager told Sportsmail: ‘The Premier League clubs are terrible to deal with. They’re always putting fines in (contracts) – if he doesn’t play you have to give us this or that.’

He insisted that if his summer budget meant he could only afford the wages of a seasoned free agent or an academy loanee, he would opt for the established pro. ‘There is no guarantee the kid is ready,’ he said.

Premier League prospects can enjoy Under-23 football, but it doesn't offer the same 'competitive edge' and one coach said youngsters with senior experience can be more attractive to buying clubs.

One League Two side previously took a kid from a top-flight academy and only had to pay £500 towards his £3,500-a-week wages.

Their manager insists this was because the parent club wanted to put the player in the shop window. If they were looking to keep him, he says, they would not have been as generous.

But Kane is a fine example of how the traditional system can be mutually beneficial.

Following a successful spell at Leyton Orient in 2011, the England captain this month announced he would sponsor the club's shirts next season to raise money for charity and support Orient during the crisis.

The third and fourth tiers could introduce a salary cap from the 2020-21 season. Though it’s understood players under 21 will be exempt from any regulations, the measures reflect the financial strife caused by COVID-19.

For the cream of the crop among Premier League academies, the road may be less rocky.

Given smaller teams are always likely to want to 'top-up' their squads with added quality, some agents believe the main difference will be Premier League clubs footing more of the bill than before.

Several lower league sides don’t have the academy setup to rely on their own production line and one League Two coach suggested there should be a collective effort, even a scheme, to protect the existing academy loan system.

Another manager suggested local clubs should be given first-dibs or nearby giants’ kids, and that the FA and PFA would not look kindly on clubs filling up with kids when there are hundreds of established pros without a club.