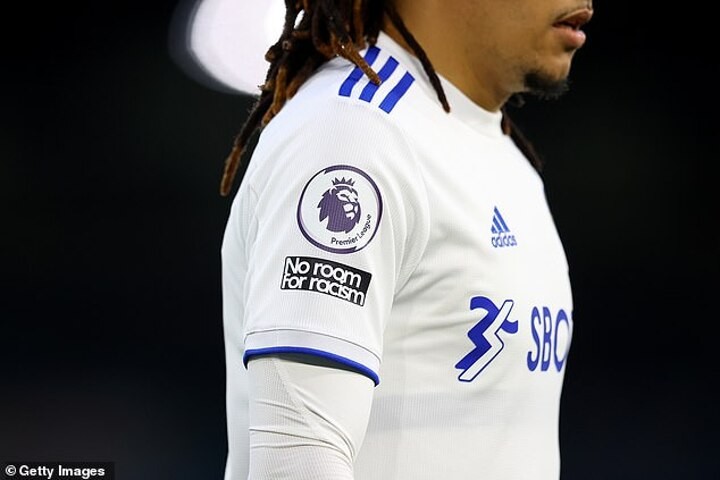 Premier League chiefs have reinforced their commitment to combating racism during three days of talks.

Just a week after Wilfried Zaha intimated he would stop taking a knee amid concerns the gesture is 'degrading', top-flight bosses vowed to ensure tackling racism remains a priority.

Players have continued to be racially abused on social media this season despite a host of anti-discrimination campaigns, including the Premier League's No Room For Racism.

The issue was discussed by senior figures from Premier League clubs during a three-hour video conference call last week and there have been two further meetings about the problem.

The lack of action taken by social media companies such as Twitter and Instagram has infuriated the clubs, who feel helpless in trying to protect their players from abuse.

On taking a knee before kick-off, Crystal Palace forward Zaha said: 'It's becoming something that we just do now. I feel like taking a knee is degrading.'

Bournemouth, Brentford and QPR have all stopped because they feel the gesture has lost its impact.