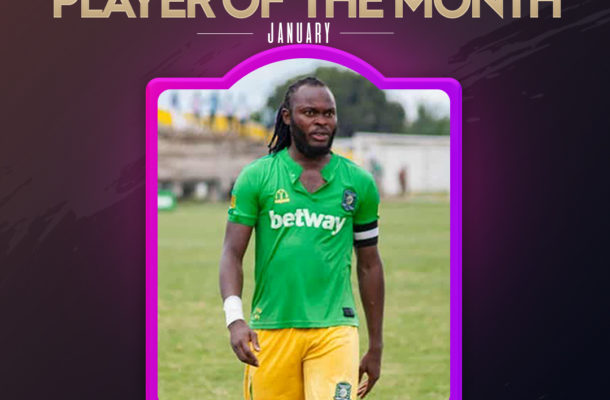 The Ghana Football Association has announced Aduana Stars icon Yahaya Mohammed as the Nasco Premier League Player of the Month for January.

He scored six goals in 6 matches including an opening day hat trick against Inter Allies and won the Nasco Man of the Match award on two occasions. wice.

Mohammed will receive a NASCO television and a personalised trophy from the sponsors.