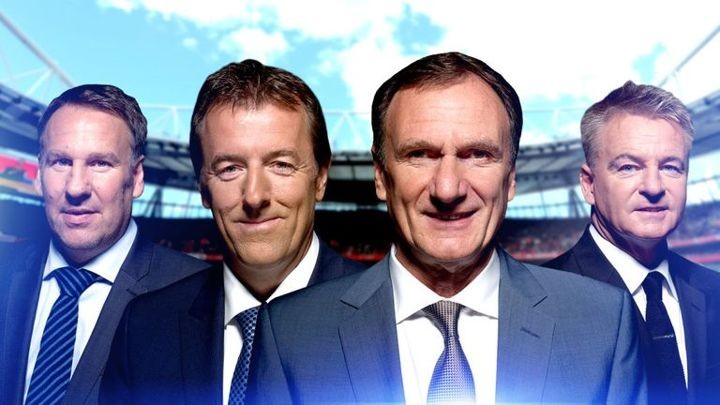 Who have Paul Merson, Charlie Nicholas, Phil Thompson and Matt Le Tissier named as their player of the season? Find out here...

It's got to be Sadio Mane for me. Mane is the player who has been Liverpool's go-to man at special times in the season. He's performed and got big goals in big games. He's the one for me. Virgil van Dijk would be a close second - if he was at Manchester City, they would be 10 points clear. That's how much he is worth.

Obviously Kevin De Bruyne has been brilliant, but it's hard to give it to someone who is 25 points behind someone else. If you're asking me which player I want to watch the most in the Premier League, it's Jack Grealish! But he isn't getting player of the year. It's different.

If I was pushed into a corner, I would go with De Bruyne. In the last three months, Henderson has really come to play. Over those months I get that he could be a consideration. Mane is in there, too, and I am finding it tough to pick. I have no problem with him or De Bruyne picking up the player of the year award.

I just think at the moment, De Bruyne is carrying Manchester City, and I have never seen a team as good as City being carried by an individual player. David Silva is leaving, the form of Sergio Aguero and Raheem Sterling has dipped, as well as Riyad Mahrez too. Their levels have dropped, where De Bruyne's have not. When I look at goals, assists, everything that could win a match, I would edge towards De Bruyne here.

The player of the season so far is a tough one. You look through the team and look at the quality of the players in there. There is a reasonable shout for most of them. Given what Liverpool have done and how far ahead they are, it has to be one of those players. Because of the amount of crucial goals he has scored, I would put Mane up there. He has been a key player in what Liverpool have done and made a difference on so many occasions, so he would get the nod.

At this moment, I would have to go with Jordan Henderson. Going back to early December, I was one of the first to flag him up as having a possibility of player of the year, and just how important he is to Liverpool.

He has been absolutely terrific and has had a tremendous season. I think he may just pip De Bruyne, who I have such admiration for. For Jordan to help bring this side a Premier League title, it would be justifiable if he was to get this accolade. Without a doubt, to be pipping De Bruyne to this award, is a testament to himself.