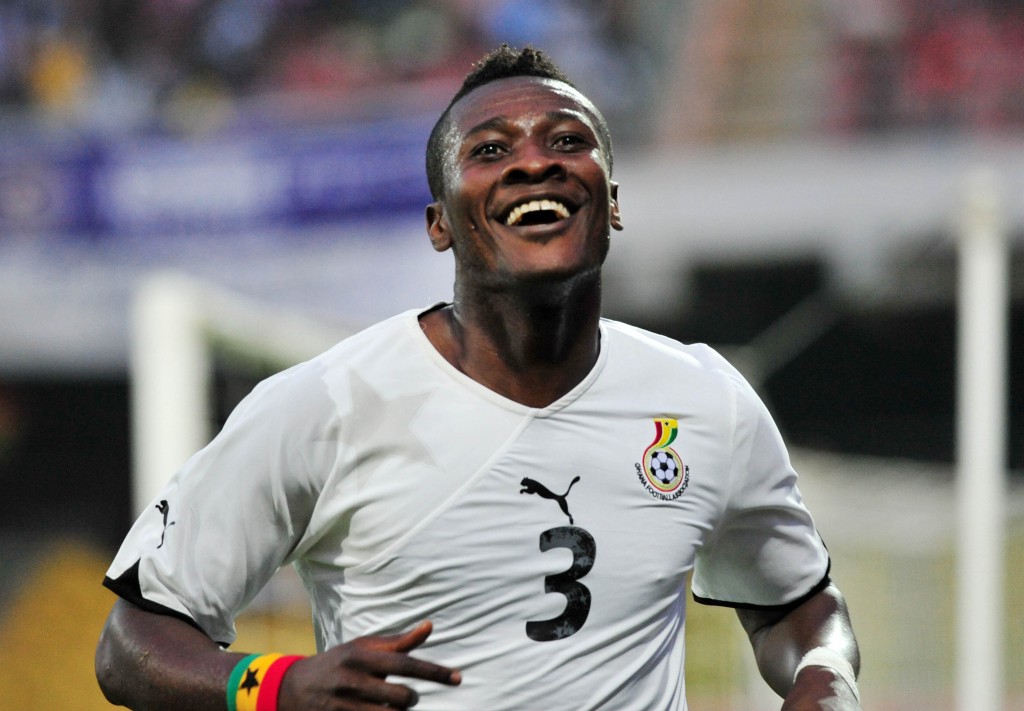 I wasn't particularly excited about the match.

Sure it had its moments but it was generally patchy. 2-0 to Ghana was not supposed to be the score-line.

In these days of heavy score lines,(8-2 and all), staunch Black Stars' supporters would not be denied that kind of party especially when the reverse fixture a year ago in SwazilandÂ  ended 3-0.

2-0! So much for fulfilled expectations!

As I gauged general disappointment and opinions on the net and the airwaves, I quickly reflected over the match and what indications it provided, If any, ahead of the Black Stars friendly against 'almighty' Brazil on 5 Monday September 2011 at Fulham's Craven Cottage in the United Kingdom.

Here are my thoughts and major talking points.

Kwarasey gets a ''pass'' on his debut

Adam Larsen Kwarasey finally made his debut, but was not tested much, as he was on holiday for a greater part of the game.

He was literally given a free pass. You wonâ€™t find him complaining but for us on the other side hoping to critically assess him, the test from the Swaziâ€™s was not up to scratch.

However, I assessed him on other factors like composure, decision making and ability to initiate attacks for which he did quite well.

So, it wasnâ€™t a spectacular debut, but one worth it. More power to you Kwarasey.

"Derek Boateng" will be docked for quite a while

Putting in a man of the match performance, Derek Boateng like they say ''took the game by the scruff of the neck''.

Clearly this performance has shown that his big display against England in March was not a fluke.

Boateng's Black Stars career just got extended by another mile.

Mensah, you are not John

There is one word coaches and commentators throw around when advising budding footballers. It is complacency.

Jonathan Mensah obviously hasnâ€™t heard because his output last night was heavily clothed in it.

There were countless times when Jonathan should have taken the easier option of simply passing to colleague, but rather, went for the spectacular, causing problems at the rear.

Yes, we know you share a name with substantive captain John Mensah but thatâ€™s where it ends.

You have potential, but you are not there yet so cut the excesses and while you are at it, please get some playing time at your new French club, Evian Thonon Gaillard because your lack of it, is beginning to tell.

You are getting rusty. Get on with it Jon, you have the talent to be world class.

Daniel Opare isnâ€™t on rollerblades, is he?

If he is not, how then did he manage to make such quick bursts into the Swazi half to deliver those crosses?

Okay, so am being a little dramatic, but for a conventional right back, Opare is gradually warming his way into the left back slot and guess what, he might just make it his own.

He started off a bit slow in the first half but in the second half, he made very good runs and some pretty good crosses.

The only hiccup was that he clearly had to shift the ball to his right foot to make those crosses.

When up against quicker defenders, he might not have that luxury, so why not have him at right back and be guaranteed several assists like he used to do for Starlets 2007.

Is there something in a name?

Can anyone tell me what Agyemang-Badu means? I really want to find out.

An overly excited friend told me over the phone after the game that, its literal translation from Twi to English is: One who saves the nation (Agyemang) has arrived (Badu).

Well, it may be a bit of a stretch but surely Emmanuel Agyemang-Badu has become an asset to the Black Stars in the last couple of matches.

He was quiet in the first half but lifted his game in the second with lots of runs and energy and capped the night with a stupendous goal to seal victory for the Stars in the 78th minute. Good game, but is he the saviour?

Wanted: a PROLIFIC striker for the Black Stars

One worrying area highlighted in the game that needs serious augmentation is in the striking department.

Asamoah Gyan aside, none of the other strikers can be called bona fide marksmen who can be relied upon to supply goals for the Stars.

Berate Gyan all you want but fact is, he has a good return for the Stars statistically (26 goals) and might eventually overtake Abedi (33 goals) as the Stars all time top scorer.

But the question is, when Gyan is off colour, who gives him competition? or when out injured who can fill his boots?

Prince Tagoe is a decent striker but highly unreliable.

This was given further credence last night when Gyan, after scoring the opener in the 9th minute, picked up an injury and had to make way for Tagoe.

The newly signed Bursaspor of Turkey striker made heavy weather of the opportunities that came his way, including a one-on-one in the 46th minute.

Those misses would make a good material on "how to miss chances 101''.

On a serious note however, the Stars technical team need to cast the net wider and look beyond these serial invitees, Tagoe and Dominic Adiyiah to fortify the Stars Attack.

There is Richmond Boakye Yiadom, now on loan at Sassuolo.

What is the issue with Matthew Amoah anyway? This season, he has already started 4 games and scored one goal for NAC Breda.

Yes, yes, he chokes at tournaments but he has always gotten Ghana goals in qualifiers and you cannot throw such rich experience away.

Bottom-line, put some competition in the attacking department because the three guys we have now are sitting too pretty.

Ahead of the friendly with Brazil

Brazil have had rough times recently and are in desperate search of a win to bring back a measure of respectability, while the Black Stars are also looking for a famous win which make for an uncompromising encounter.

Head coach Goran Stevanovic showed by his selection last night that he is not afraid of making big decisions by giving young Kwarasey a chance.

He also dropped Kwadwo Asamoah to the bench and tried Sulley Muntari in the hole behind Gyan.

I would expect big decisions on Monday night with a team set out like this:

Kingson-John Pantsil,Â  Daniel Opare,Â  Jonathan Mensah, Isaac Vorsah; Derek Boateng, Agyeman Badu;Â  Jordan Ayew, Kwadwo Asamoah who needs a 'confidence pill' to bring the best out of him, Andre Ayew and Gyan if his injury is not serious.

If the injury is serious then Adiyiah or Tagoe can have another opportunity to redeem themselves.

What do you think? And oh, I still need the meaning of Agyemang-Badu.