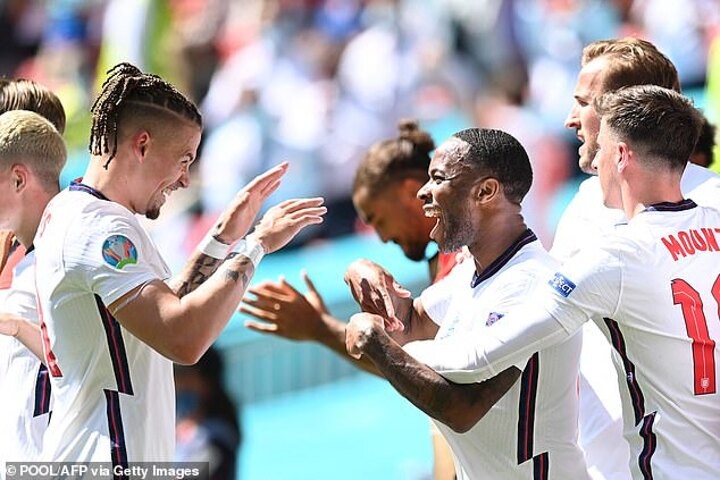 England produced a stellar performance to take all three points in their Euro 2020 opener against Croatia.

Raheem Sterling scored the only goal of the game, his first in a major tournament, after some great work by Kalvin Phillips to provide the assist.

Phillips and Sterling were among the England stars to impress and give the Three Lions the best start ahead of games with Scotland and Czech Republic.

Jordan Pickford - Once again showed why his kicking is so vital to the way England play. Had little to do otherwise 6.5

Kyle Walker - Solid and disciplined down England’s right side. Knew exactly when to break forward and when to sit in. 7

John Stones - Didn’t put a foot wrong in the heart of England’s defence. A performance that leaves him in good stead for the rest of the tournament. 8

Tyrone Mings - Question marks over his place in the team ahead of kick but he answered all of them. An excellent display bursting with composure and grit. 8.5

Kieran Trippier - A surprise selection at left-back but didn’t let his country down. His experience was key on nervy day. 7

Kalvin Phillips - What a performance from the Leeds midfielder. Energy, determination and quality. Brilliant assist for England’s opener. MOM. 9

Phil Foden - Rattled the post early on and continued to cause Croatia’s defence problems. A breath of fresh air. 7.5

Mason Mount - Quality on the ball and energy without it. Plain to see why he’s one of England’s key men. 7

Raheem Sterling - Some doubt over his place in the team but not anymore. Showed exactly why Southgate relies on him so heavily. 8.5

Harry Kane - Kept Croatia’s central defence occupied without having any clearcut opportunities of his own. Isolated at times. 7

Gareth Southgate: His team fully deserved their winning start to Euro 2020. Will be delighted with this start. 8

Dominik Livakovic - Lucky to escape early on as Foden hit the post but could do nothing about Sterling’s winner. 6.5

Sime Vrsaljko - Looked dead on his feet during the early stages as England came flying out of the blocks but eventually settled. 6

Domaqoi Vida - Tasked with shutting down Kane and managed to keep the England captain’s impact down to a minimum. 7

Duje Caleta-Car - Has been linked with a Premier League move and not hard to see why. Looks an excellent centre-back. 7

Josko Gvardiol - Was given a torrid time by Foden during the opening exchanges but eventually got to grips with England’s wonderkid. 6

Luka Modric - As you’d expect glided through the game. The most complete footballer on the pitch by a country mile. 8

Marcelo Brozovic - Helped his team gain a foothold in the game after England threatened to steamroller them. A class act. Booked. 7.5

Andrej Kramaric - The former Leicester attacker got very little change out of Trippier down Croatia’s right side. 6

Ivan Perisic - A threat for the visitor’s but squandered a couple of opportunities after taking up dangerous positions. 6.5

Ante Rebic - Cut an isolated figure at the head of his team’s attack as Croatia struggled to create chances. 5.5

Zlatko Dalic: Must have thought his team had weathered England’s early storm but Sterling ruined his afternoon. 6.5

Referee: Daniele Orsato (ITA): Kept the game moving as much as possible and kept a firm grip on proceedings. 6.5