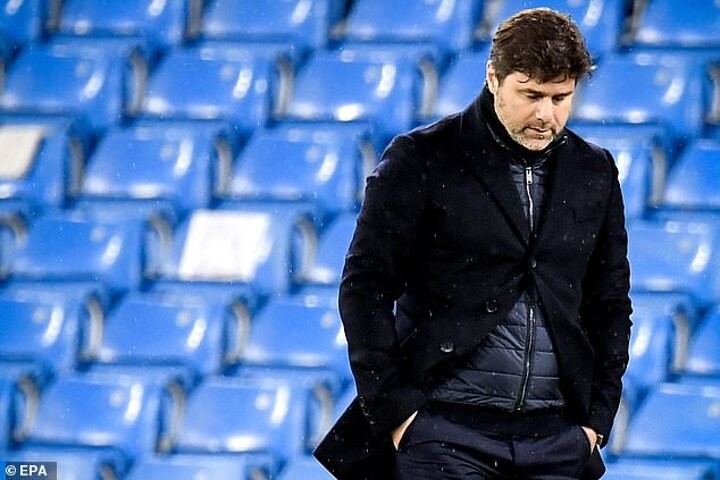 Mauricio Pochettino insists that Paris Saint-Germain 'dominated' Manchester City and 'deserved better' in the Champions League semi-final, despite the French champions failing to register a shot on target in the second leg.

The Parisians were sent packing from the competition on Tuesday night after a Riyad Mahrez double saw City reach the final for the first time in the club's history, winning 4-1 on aggregate.

PSG were well below their best in Manchester and sorely missed star striker Kylian Mbappe, whose absence underlined the toothlessness of the visitors' attack.

Neymar & Co. were unable to engineer any genuine opportunity on Ederson's goal at the Etihad Stadium, with Ruben Dias and John Stones marshalling the defence superbly to prevent the Parisians from a single shot on target.

However, Pochettino maintains that his side were the 'better' of the two teams over 180 minutes of football, having lost 2-1 to the Premier League leaders in the French capital last week.

'If we analyse the two games, we dominated a very difficult team to control,' Pochettino told RMC Sport via Goal. 'You need a small percentage of luck to score in key moments.

'I am disappointed, because we deserved better. But Manchester City have been more clinical than us. They scored the goals we needed, we played the game we wanted with the plan we wanted. It's a bit disappointing obviously, because the objective was to go to the final.'

PSG's exit means they have failed to improve on their performance last season, in which they reached the final in Lisbon, only to lose to Bayern Munich.

Pochettino, whose side were reduced to ten men in both legs due to the dismissals of Idrissa Gueye and Angel di Maria, said that his squad must remain positive.

'We have to be positive, it's difficult after an elimination, you have to have this process in mind, stay calm, analyse the situation,' he added.

'We arrived here having beaten Barcelona and Bayern. It's a shame not to make it to the final, but the team never gave up, they fought to the end.

'We also played 10 against 11 for [30] minutes, which is a big disadvantage. It wasn't for us. We will go back being strong, the club and the players will be ready to win the remaining matches. We will be ready.'