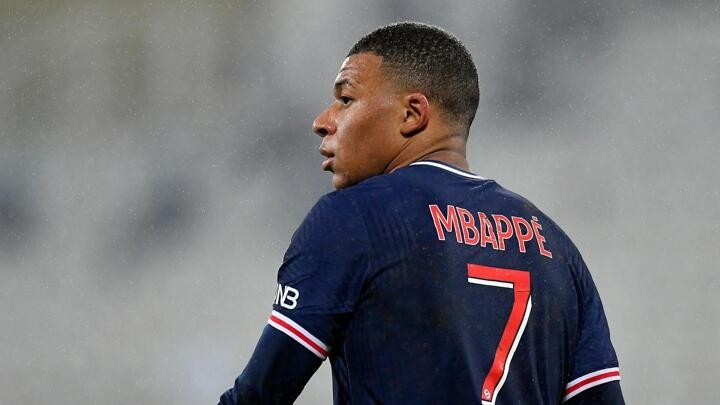 Kylian Mbappé is facing mounting criticism for his performances but Mauricio Pochettino has no problem with the forward.

France star Mbappé has scored only twice in his past seven games in all competitions, having started the season by hitting nine goals in as many games.

Beyond a lack of goals, the 22-year-old has been enduring a run of performances in which he has made few decisive contributions.

In his most recent five outings, Mbappé has twice failed to have a shot – including in Wednesday's 2-1 Trophee des Champions win over Marseille – and failed to create a chance for team-mates in three separate games.

He has also completed more than two dribbles in a single game on only one occasion in that run and has been criticised for losing the ball too often. Against Marseille, he lost possession 19 times, the most of any PSG player, and only dribbled past a defender twice.

Former PSG midfielder and coach Jean-Michel Larque, speaking via RMC, claimed Mbappé was careless against Marseille as he was trying to "ridicule" his opponents, adding that the player's current malaise means he "has no place at Paris Saint-Germain".

However, ahead of Saturday's Ligue 1 clash with Angers, Pochettino insisted Mbappé is striving to do his best.

"I'm very happy with Kylian's form," Pochettino told a news conference. "He is an important player for us.

"He is trying hard for the team. I'm happy with his effort and his involvement against Marseille.

"As with everything, we are always looking to improve but I'm pleased with Mbappé's effort and commitment. He's played 90 minutes in all three games [since Pochettino's arriva], which shows I'm pleased with the way he is performing.

"So much is expected of him and he's in the spotlight, but as I said, I'm very pleased with him and, over time, he'll get goals and more assists."

Asked if Mbappé needed a rest to recover top form, Pochettino said: "There are a lot of myths about the way you manage players in a team in terms of fitness.

More to come from Mbappé

"Our decisions are based on the best for all the players. Mbappé has played all three games because he is fit. He will improve with the more minutes he gets."

PSG head to Angers having not lost to Stephane Moulin's side in the past 20 league meetings since a 3-1 defeat in January 1975.