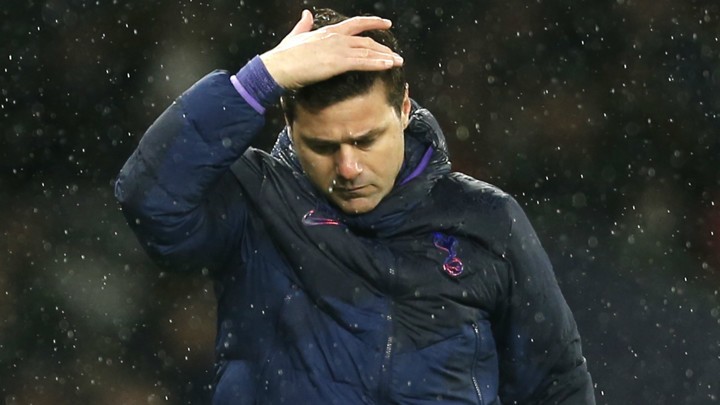 Former Tottenham manager Mauricio Pochettino has admitted that he couldn’t stop crying after losing the 2018-19 Champions League final to Liverpool.

Spurs suffered a 2-0 loss against the Reds at Atletico Madrid’s Wanda Metropolitano, put to the sword by an early penalty from Mohamed Salah and then a late strike from Divocki Origi.

It brought to an end a memorable run to the showpiece, during which the London side had fought back in incredible fashion to overcome Ajax in the semi-finals.

The Argentine was full of confidence that his team would lift their first European Cup and it came as a shock to him they came up short.

“I think it was very difficult to accept the way the game went,” he said in quotes reported by The Sun.

“I was so disappointed afterwards. It was difficult to stop crying, to stop feeling bad.

“When you prepare for three weeks with the responsibility and in the way we did, and worked, with all the staff and players. We were very focused.

“I think we were convinced and I was convinced that the final was going to go our way. That was completely in our minds. But no one is prepared after 30 seconds of the Champions League final to concede like that.”

Indeed, Salah’s opener transformed the complexion of the match.

“The goal changed the whole game, all the emotions. It is difficult to prepare a team for that happening,” he added.

Although he was delighted to go so deep in the competition, he knew that the game was likely to mark a watershed moment in his time at the club.

“It was a massive achievement. And you can use the example of Liverpool after they lost to Real Madrid the season before, that was a massive motivation and inspiration to be back in the future.

“But I knew after five years and with the way we were working, all the things that happened, it was going to be difficult to change a little bit in our minds and to stay open to design another plan, or a strategy to build again, a different chapter.

“A different project was going to be difficult to maintain — to keep improving.”

Ultimately, Pochettino parted company with Tottenham in November to make was for Jose Mourinho to take over, but he has no regrets.

“I said to Daniel that we finished in the way that no one wanted but the end, because of our commitment, our emotion and our feeling — in football — it needed to happen,” the former Southampton boss admitted.

“If not, our relationship would have continued forever! And maybe that’s no good for the club or for us.

“When the decision came it was right and we needed to move on.”