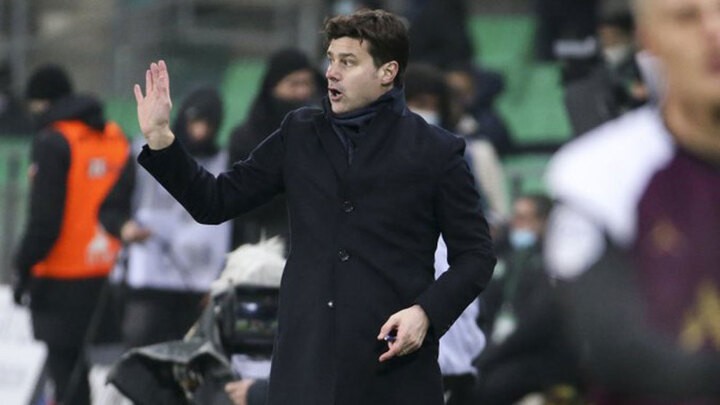 Lionel Messi has only ever been seen in a Barcelona shirt at club level during his professional career, but Mauricio Pochettino has revealed that his compatriot almost played for city rivals Espanyol.

Pochettino, who was in his second spell at Espanyol as a player at the time, stated that it was all but sealed prior to the Joan Gamper Trophy in 2004.

"You always dream of having the best players," Pochettino told El Larguero when asked about Messi.

"Messi was about to play for Espanyol. He was practically on loan before the Joan Gamper against [Fabio] Capello's Juventus."

Pochettino was curiously linked with Barcelona last summer, but he made clear that there was never anything in the links after reports that he had met with then-president Josep Maria Bartomeu.

"Meeting with Bartomeu [last] summer? The thing is that I have known Bartomeu for a long time, we met in a bar," Pochettino said.

"There was never anything with Barcelona."

The Paris Saint-Germain boss previously stated that he would rather work on his farm in Argentina than coach Barcelona, but he has gone back on that comment somewhat.

"When I said about the farm and Barcelona, I think I went too far," Pochettino noted.

"Things can be said differently. I have friends who are Barcelona fans. But I'm a perico [Espanyol fan] and I find it impossible to identify with Barcelona. Nobody would understand."

The Argentine has not long taken charge at PSG, but he is convinced that Kylian Mbappe is happy at the club.

"Mbappe is very happy here in Paris, I have no doubt," he said.

"He loves being here in Paris.

"Mbappe's renewal? The club are making an effort to renew key players and it is clear that Mbappe is a player with enormous potential."

Pochettino may not have been able to play with Messi during his playing days, but could he now coach him at PSG next season, as Neymar hinted?

"I heard Neymar's statements about playing next year with Messi," he acknowledged.

"I think I have to be very careful about what I say about players from other teams."