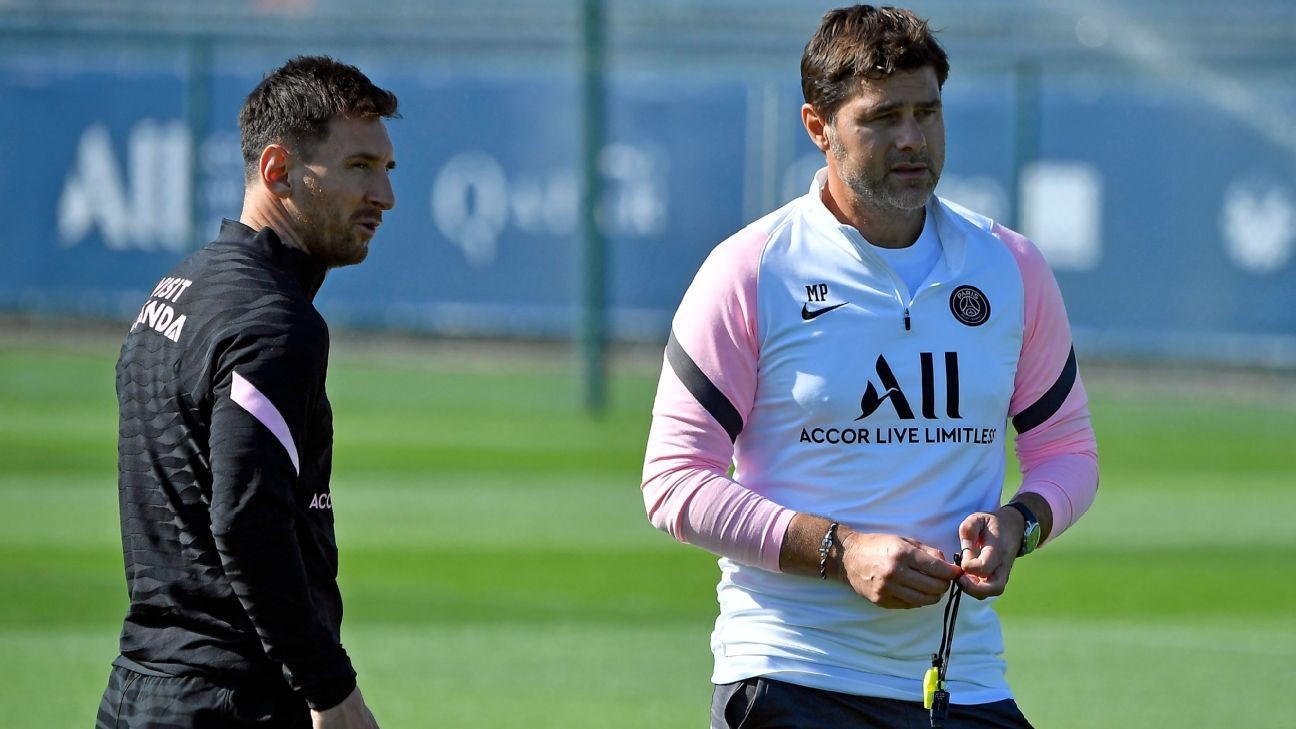 Paris Saint-Germain coach Mauricio Pochettino has revealed he thought club sporting director Leonardo was playing a joke on him when he was first told that Lionel Messi's signing was possible.

Messi joined PSG as a free agent on Aug. 10, days after Barcelona announced they were unable to register the six-time Ballon d'Or winner's new contract because of financial constraints.

"Leonardo called me and said: 'The possibility is there. Would you like it or not?' The good thing is that he called me to ask. I said to myself: 'Is it a question?' I thought it was a joke, no? Of course," Pochettino said.

"I told him: 'Do we have to go and get him? Do I have to drive the van?' And that is when the negotiation started. From then on Leonardo would call me every night to tell me how the situation was."

Messi, 34, had agreed a new five-year contract with Barca, with his previous deal having expired on June 30. However, that contract would have meant Barca's wage bill would stand at 110% of their revenue.

"Everyone had assumed that Messi would continue at Barcelona," Pochettino said.

"Many clubs, if not all clubs, dreamt of having Messi, with him being a free agent. From the moment that PSG showed an interest, Leo wanted to come here. Everything happened very fast. We must highlight the work done by Leonardo, by our president and all the club executives that in two or three days were able to complete the signing of the best player in the world."

Leonardo, PSG president Nasser Al-Khelaïfi and club executives, meanwhile, are still working on convincing Kylian Mbappe to remain at the club beyond next summer when his contract expires.

"Who can't think that PSG wouldn't want him [Mbappe] to continue here for many more years?" Pochettino added.

"The club will try to convince him and seduce him to continue here."

A long-term target of Real Madrid, Mbappe confirmed that he had wanted to leave PSG in July, but the Ligue 1 giants refused to sell him despite knowing the France striker could sign for a new club on Jan. 1, as he will be a free agent next summer.

Mbappe's mother, Fayza Lamari, recently said her son is in talks to sign a new deal with PSG despite intense interest from Madrid.

"He is clear about things and loves football," Pochettino said. "He is 22 but is very mature to manage this type of situations regarding his future. I have no doubt in my mind that Kylian can face any challenge that the future brings him.

"You cannot underestimate football players. They have their entourage, their advisors, but it is them that take their own decisions. Kylian will take the decision he needs to take, and the club will do everything possible to keep Kylian because we are talking about one of the best players in the world. He is 22 and has great potential."