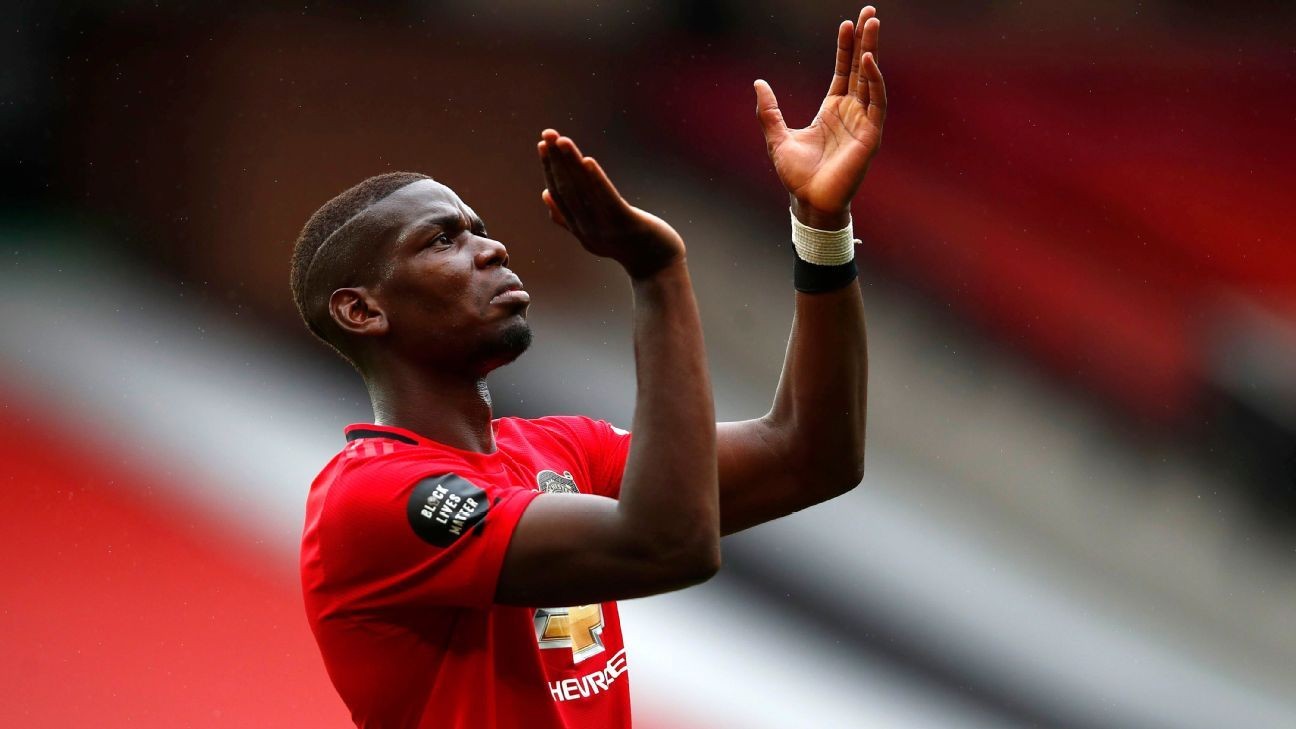 Paul Pogba has said he is "happy" at Manchester United a day after manager Ole Gunnar Solskjaer said he was hopeful the midfielder will sign a new contract at Old Trafford.

Pogba has entered the final year of his deal, although the club hold an option to extend until 2022.

United have approached the France international's representatives about the possibility of agreeing fresh terms and Pogba -- fit again after ankle surgery -- has hinted he is settled in Manchester after two years of speculation linking him with moves to Real Madrid and Juventus.

"I'm really, really happy and so blessed to be back and be fully fit now, and I'm enjoying being back with the team," Pogba told United Review.

"Just being back training, touching the ball and doing what I love is amazing; I missed it so much.

"You realise when you're out for a long time how much you really enjoy playing football and how much you love it."

Sources have told ESPN that United are relaxed about Pogba's long-term future and will exercise the one-year option in his contract next season if a new deal has not been agreed.

Top bosses at Old Trafford doubt whether Real Madrid or Juventus could afford the overall package -- a hefty transfer fee and lucrative wages -- to sign Pogba following the coronavirus pandemic that has hit every club's finances.

After being sidelined with a serious ankle injury in January which required surgery to correct, Pogba has rejoined a team full of confidence thanks, in part, to the arrival of Bruno Fernandes from Sporting Lisbon.

"I feel great, I feel much, much better now," Pogba said. "I've been training well and they [the club] have been looking after me very well. I've been doing some extra work and treatment on my ankle and the rest of my body.

"And my teammates as well, they've helped me to come back and feel confident. It's like I never left, the guys still trust in me and always believe in me and that's helped me a lot as well."

Solskjaer's team are on a 16-game unbeaten run and can secure a top four spot and a place in next season's Champions League if they win their remaining five games, starting with the trip to Aston Villa on Thursday.

"You can tell that the team is improving a lot," Pogba said. "We play more as a team than we did before, we enjoy it even more, we defend together, we attack together, and this team is stronger as well.

"The players who are on the bench or who don't play every time, when they come on they help the team so the mentality is good and is right. All this together has put us where we are today."