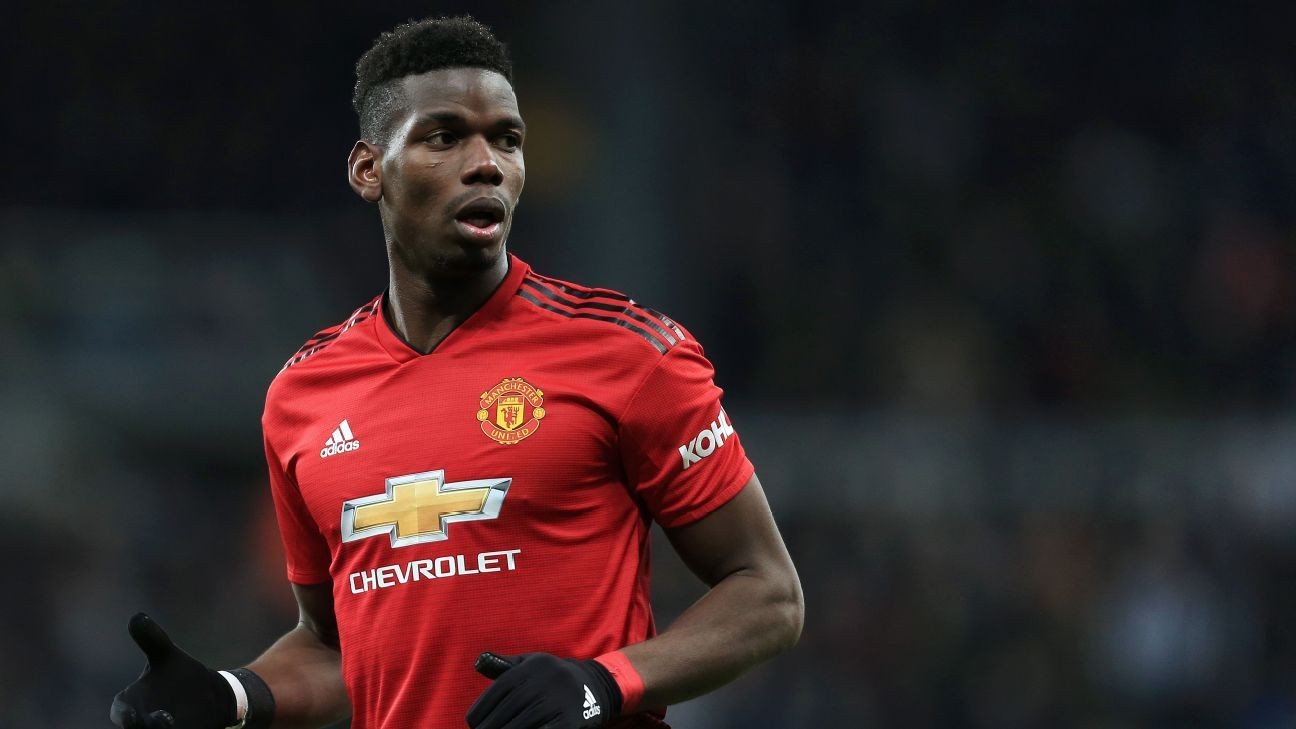 Paul Pogba has said Manchester United are a "proper team" again and has targeted winning trophies as a reward for their upturn in form.

United are in fifth place and have the opportunity to go up to third if they beat Southampton on Monday, with the club also in the FA Cup semifinals as well as the Europa League round of 16, with a commanding 5-0 first leg lead against LASK of Austria.

"You can call it a proper team," Pogba told United Review. "Sometimes before, we were maybe too defensive or too offensive and we didn't have this balance or this control. Now you can see we have that balance and there is more structure -- we've been working hard on that.

"The improvement is huge and you can tell that. It's always good to have that improvement, but you don't want to stop it, you know you have to keep working."

Rumours persisted over recent months that Pogba would leave United this summer but the midfielder has experienced a resurgence at the club since the addition of Bruno Fernandes.

Manager Ole Gunnar Solskjaer said on Wednesday he is hopeful that the club can come to an agreement with Pogba to stay.

Pogba scored his first goal in 453 days in his side's 3-0 win against Aston Villa. The win meant United became the first side in Premier League history to win four consecutive games by three or more goals.

"There is a lot of stuff to do, we are not there yet, but we are on the way, and if we keep doing what we're doing now, then I think there is nothing that can stop us to get to where we should be," Pogba added.

"We feel great. That is the mentality now -- you have a positive mentality when you have a good result, but you also have to have the ability to get through the games like we did in the last few games.

"Every game is a final and we have to get the result that we need -- that's the mindset. It's never enough for us.

"United is about trophies, we know that and there are trophies we know we can get and we can win."