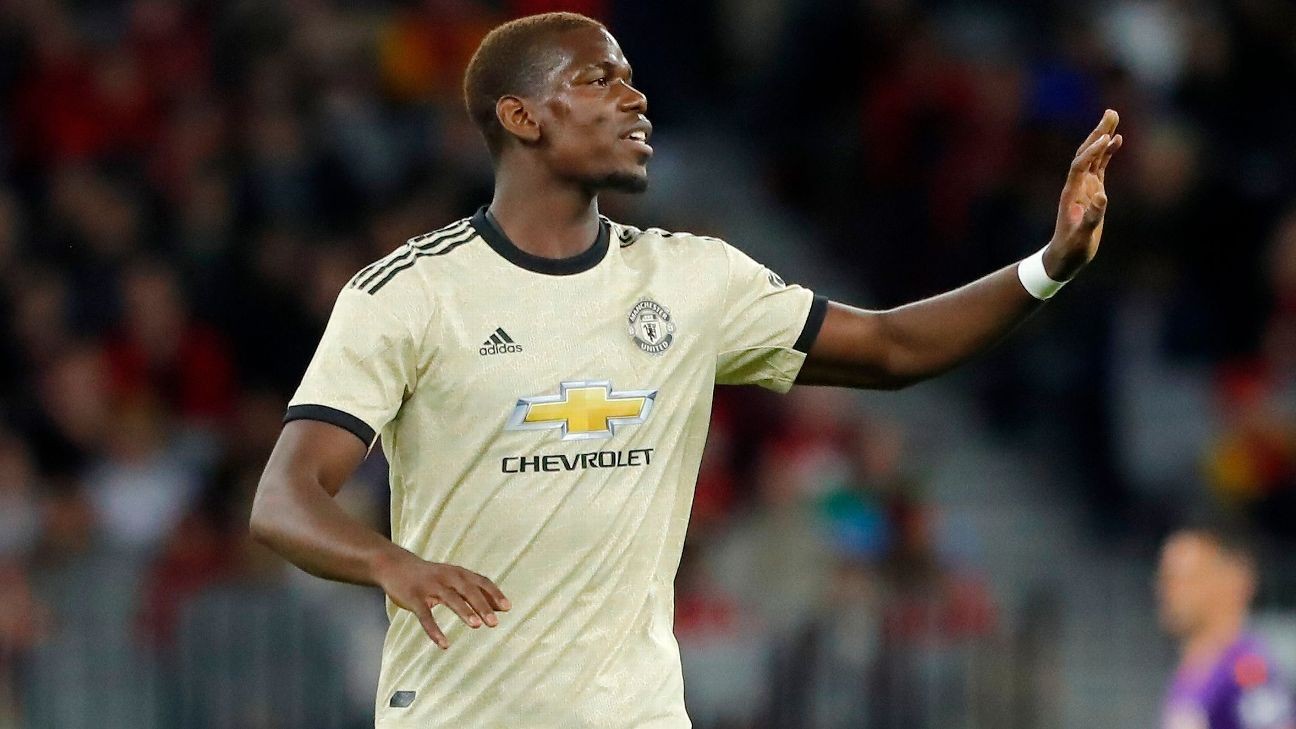 Paul Mariner says Harry Maguire will need to get better to prove he's worth Manchester United making him the most expensive defender of all-time.

With a move to Serie A looking imminent, Paolo Bandini and the ESPN FC panel wonder if Romelu Lukaku is deserving of the criticism he has received at Manchester United.

CARDIFF, Wales -- Paul Pogba will not feature for Manchester United against AC Milan on Saturday amid renewed interest from Real Madrid.

Pogba was named in the squad for United's final friendly of the summer on Friday but did not make the trip to Cardiff.

The club put the midfielder's absence down to a back spasm -- the same issue that prevented him from starting against Kristiansund on Tuesday.

Pogba played the final 30 minutes in Oslo but will not play against AC Milan just eight days before the Premier League opener with Chelsea at Old Trafford on Aug. 11.

Sources have told ESPN FC that the midfielder is keen to join Real Madrid but time is running out with just five days to go before the deadline for Premier League teams to buy players.

Real Madrid can buy players until Sept. 2 but United are unlikely to sanction the sale of one of their best players with no prospect of signing a replacement.

Sources have told ESPN FC that United are yet to receive a bid for Pogba.

They value the 26-year-old at around £180 million and privately have insisted he is not for sale.

Earlier in the summer, Pogba said publicly he wanted to find a "new challenge" after three years at United.

He moved back to Old Trafford from Juventus for a then world record £89.3m in 2016 and last season finished as the club's top scorer with 16 goals in all competitions.