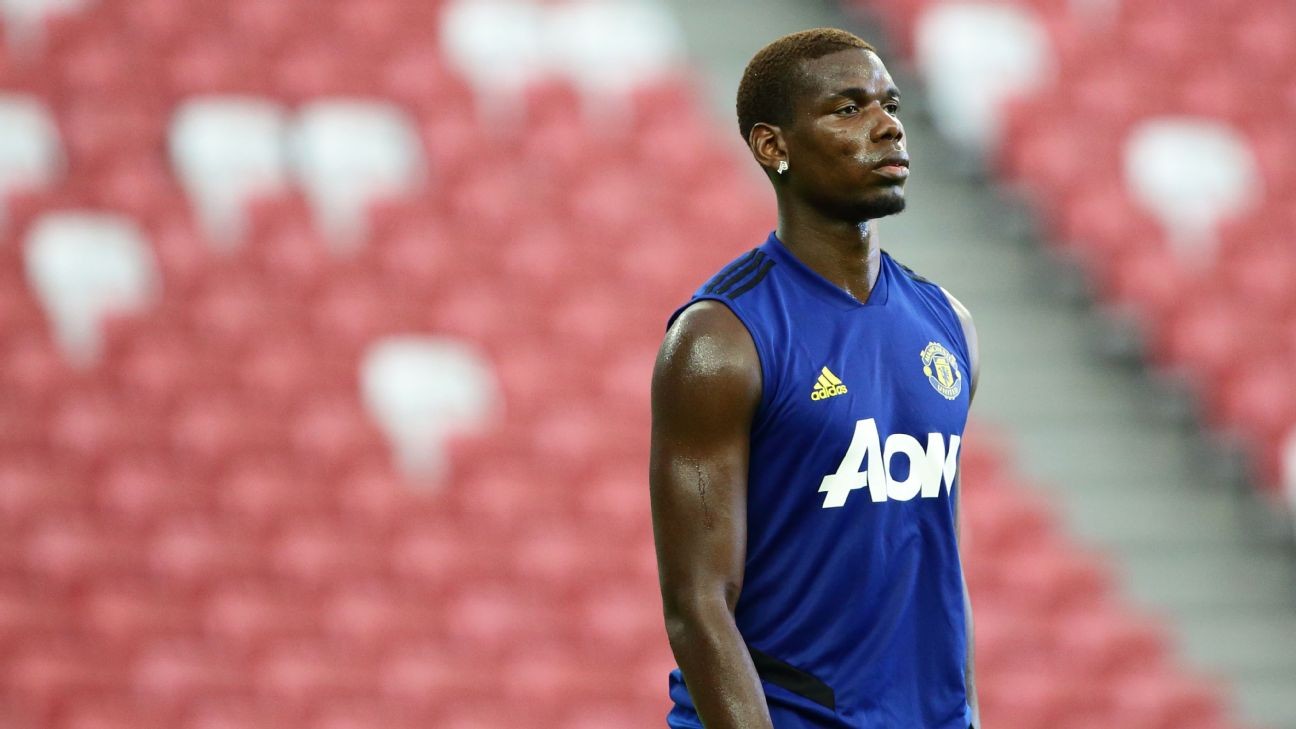 Paul Pogba missed a crucial penalty in the second half as Manchester United settled for a 1-1 draw on the road against Wolves.

Following Paul Pogba's penalty miss against Wolves, the FC crew share their thoughts on who should take the spot kicks for Manchester United.

Pogba has played a key role in United's positive start to the season -- despite missing a penalty in the 1-1 draw with Wolves -- but Solskjaer has warned that he cannot be Roy Keane, Juan Veron, Paul Scholes and Eric Cantona rolled into one.

"He expects a lot from himself as well," Solskjaer said. "It doesn't frustrate me. We expect a lot from him but we know that we can't get Roy Keane, Veron, Scholes, Giggs and Cantona in one player. It's hard. He's a top, top player.

"We do expect a lot from our players and we have high hopes this season. "Hopefully we can be consistent and challenge when we come to April and May and Paul plays a big part in that."

Solskjaer has picked Pogba alongside 22-year-old Scott McTominay for the opening two games against Chelsea and Wolves.

The Norwegian's options are limited after failing to replace Marouane Fellaini and Ander Herrera over the summer but the 46-year-old insists the squad is deep enough to provide Pogba with the help he needs as United look to get back into the top four.

"I've been very pleased with his performances. There are others who have to step up. We've started well.

"Maybe we should have six points, we probably deserve that, but it's something to build on. We're not going to look too far ahead."

United have rebuffed attempts from Real Madrid to sign Pogba this summer after valuing the midfielder at more than £180 million.

There is, however, still a chance Alexis Sanchez could depart before the European transfer deadline.

Talks are ongoing with Inter Milan and Solskjaer has suggested the Chilean needs a change of scenery after suffering a crisis of confidence since arriving from Arsenal in January 2018.

"I have spoken to him and we have had a good conversation," Solskjaer said.

"Let's see what happens. He is a quality player; I have said it so many times. There are times when you go through spells with injuries.

"He has had so many injuries like niggles and there is no 100 percent fact why this or why that and sometimes it just clicks and you go into a vein of form you score, your confidence grows and it will hit anyone's confidence when you don't really perform."