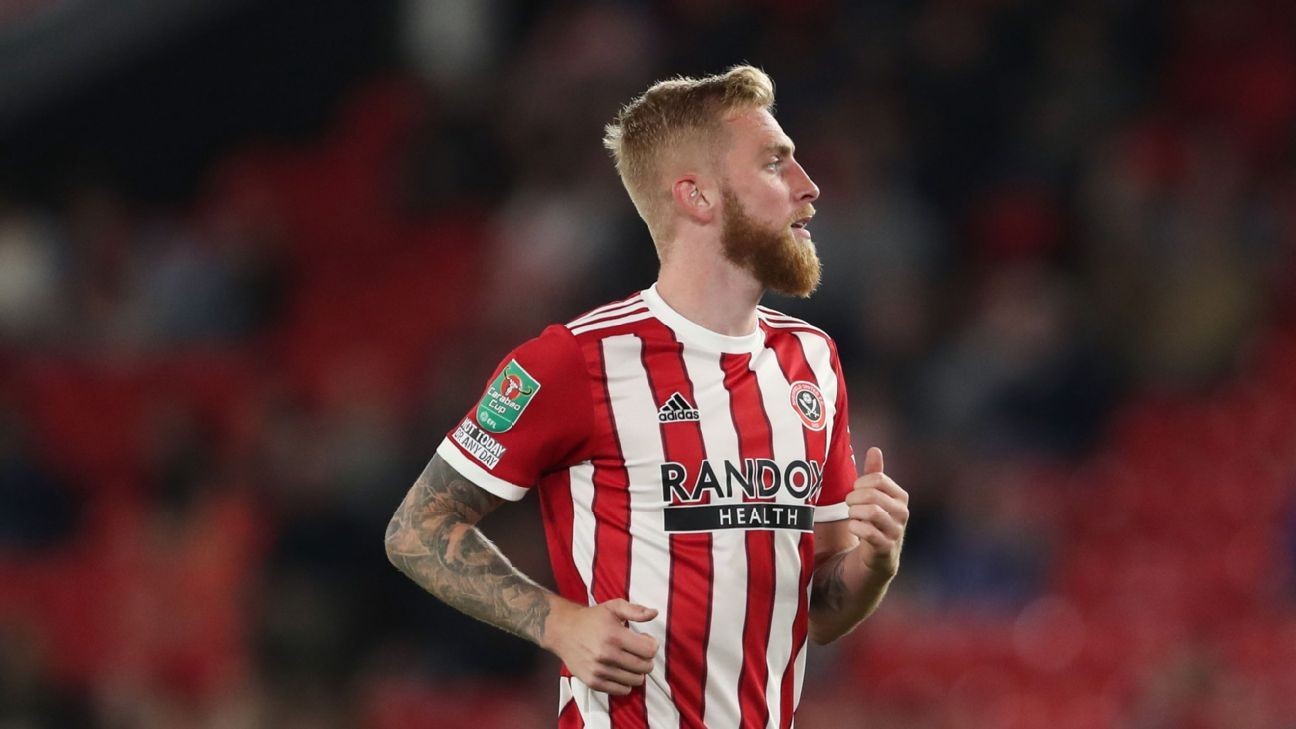 Oliver McBurnie, pictured, and teammate Rhian Brewster were charged with common assault by the Nottinghamshire Police on Thursday. Getty Images

The club said both Brewster and McBurnie deny the charges.

Trouble flared after home supporters invaded the pitch to celebrate their team's win on penalties.

United captain Billy Sharp was head-butted during the chaos, with the fan responsible later jailed for 24 weeks and handed a 10-year football banning order.

"Rhian Brewster, aged 22, of Wilmslow, Cheshire, and Oli McBurnie, aged 26, of Knaresborough, North Yorkshire, are to be charged with common assault in relation to disorder at the conclusion of a game at the City Ground on 17 May 2022," the police said in a statement.

The pair will appear at Nottingham Magistrates' Court on July 28.

"Sheffield United Football Club is disappointed to learn that Rhian Brewster and Oli McBurnie have been charged. Brewster and McBurnie strenuously deny the charges brought against them," the club said in a statement.

Forest went on to win promotion to the Premier League after beating Huddersfield Town 1-0 in the Championship playoff final.