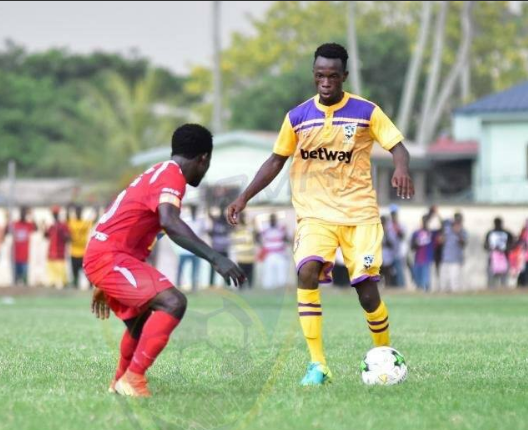 Ashanti Regional Police Command are to step up security measures ahead of the crucial match between Asante Kotoko and Medeama following violence two seasons ago at the same venue.

GHANAsoccernet.com understands 180 combined police and military will be deployed at the Baba Yara stadium today.

Plans have been drawn to defuse flashpoint at the venue after Medeama officials were attacked during a Premier League match on July 9, 2017.

Medeama, two-time Ghana FA Cup holders, want their safety to be guaranteed amid suspicion irate goons could attempt to intimidate and attack the team.

Medeama is demanding tight security after officials of Kotoko were handed easy passage during the first fixture in Tarkwa in an incident-free match.

Ghana’s leading football website, GHANAsoccernet.com can report the Police is leaving nothing to chance and have deployed a greater number of their men on the ground.

The high-profile match has been clouded with an embarrasing bribery scandal against the Ghanaian giants.

Kotoko have been embroiled in allegation of bribery and corruption after it emerged ‘middlemen’ attempted to bribe match officials during their 1-0 defeat to Ashantigold last week.

The allegation has heightened tension ahead of their penultimate clash against the Mauve and Yellows in Kumasi on Sunday.

Kotoko are desperate to beat Medeama to give the side any realistic chance of qualifying to the semi-finals.

Anything apart from victory will effectively kill any ambition of qualifying to the last four.

The stakes are high for the two sides heading into the crunch tie.