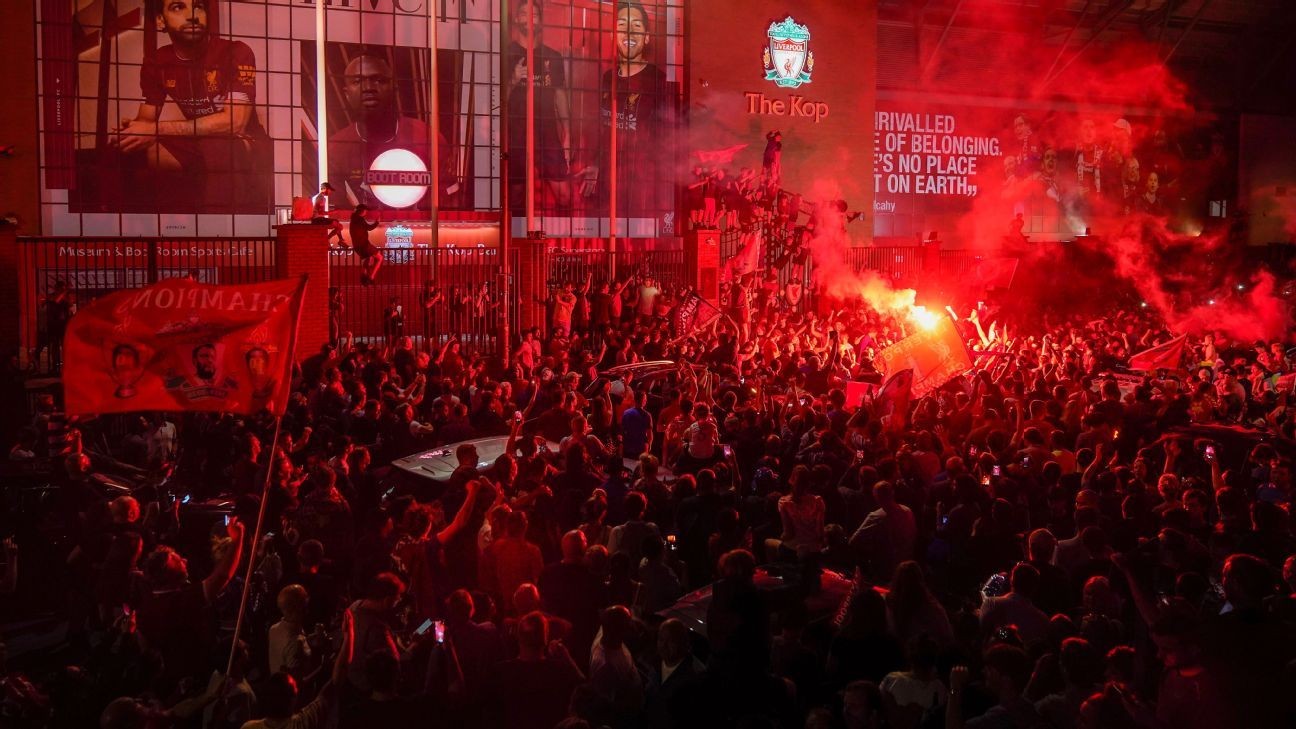 Police have warned Liverpool fans to remember coronavirus regulations after thousands of fans turned up at Anfield on Thursday to celebrate Liverpool's first Premier League title in 30 years.

Jurgen Klopp's side secured the title after second-placed Manchester City lost 2-1 to Chelsea in London, meaning the Merseyside club could not be caught with a 23 point lead over City with seven games remaining.

Despite social distancing rules and restrictions on public gatherings due to the coronavirus pandemic, Liverpool supporters flocked to Anfield to show their joy at the team's success.

Fans turned the sky red with flares and fireworks and sang the club's famous songs and chants, including the team's anthem "You'll Never Walk Alone."

Even as clocks ticked past midnight, crowds outside Anfield were still swelling, with fans scaling the walls of the stadium.

All Premier League games since the restart have been held behind closed doors, meaning fans were not at the stadium when Liverpool beat Crystal Palace 4-0 on Wednesday.

"Unfortunately, as we have seen throughout the lockdown period, not everyone adhered to the regulations in place," he added.

"In the days ahead, we urge supporters to do the right thing and celebrate safely with members of your household and in your social bubble."

The celebrations took over the city centre, with the Cunard Building, by the Pier Head, lit up in red for the night.

Elsewhere, St Luke's Church, known locally as the bombed-out church, became a focal point for fans to congregate, let off fireworks and go through their repertoire of songs.

Cars were kept out of the area by police but supporters around the city blared their horns in jubilation.