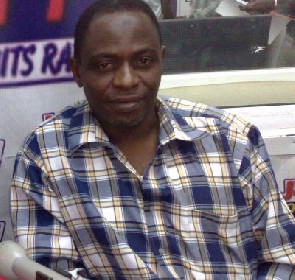 Ghana legend Mohammed Polo has told the Hearts of Oak board to hand him the coaching job to turn the fortunes of the club for the better.

The Phobians have won just one of four games in the second round which now puts them a staggering nine points adrift rivals Asante Kotoko at the top of the Ghanaian topflight.

Supporters have fingered Serbian trainer Nebojsa Vucicevic as the cause of the team's recent slump and Polo who is a former Hearts of Oak player says he is the right man to start a revival.

"Hearts have been lacking in tactical direction for sometime now," he told Accra-based Hot FM.

"It takes more than a coach to manage Hearts of Oak because the dynamics of the club are different.

"I know Hearts of Oak through and through because I have played for them before. I am the right man to lead Hearts and I want to be their coach."

Polo0 who has an inferior track record as a coach as compared to other candidates linked to the job says you don't need coaching credentials to succeed at Hearts.

"You look in the mirror or ask your wife whether the shirt you are putting on is good or not," he adds.

"I have done a personal assessment and I am fully convinced I am the man to improve Hearts. They should just give me the job."

IfÂ materialize, Polo will follow Maxwell Konadu as a former player of a Ghanaian powerhouseÂ to have gone on to coach the side Â in recent times.